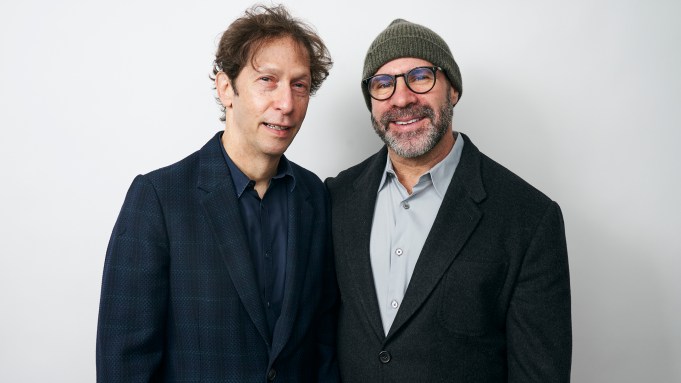 How do you turn a 6,700-page government report into a gripping cinematic drama? That was the formidable challenge facing writer-director Scott Z. Burns for Amazon’s The Report, his true-life film on the investigation into the CIA’s use of torture on terrorism suspects after the 9/11 attacks.

“The story of the [Detention and Interrogation] program that’s revealed inside of the report is incredibly horrifying and bizarre and in and of itself I think it is a movie,” Burns said recently at Deadline’s The Contenders New York awards-season event. “But beyond that, the story of Daniel Jones — the person who Adam Driver plays in the movie — is incredibly compelling to me.”

Jones was the man tasked with leading the Senate Intelligence Committee’s investigation. “He’s a Senate staffer buried in the middle of the government bureaucracy,” Burns said, “and this one guy sits in a windowless room for seven years and pieces together the puzzle that is this [torture] program.”

Tim Blake Nelson, who joined Burns onstage at the DGA Theater in front of a packed crowd of Academy and guild voters, co-stars in The Report, playing a composite character based on CIA field officers who had qualms about the program.

“What I most admire about this movie and getting to be in this movie is how it’s not agitprop,” Nelson said. “It’s a fair-minded, very cold and I would even say patriotic look at a program gone awry, that is just meticulously and gorgeously wrought.”

Burns pointed to an important theme in his film — larger than the question of using “enhanced interrogation techniques” on alleged terrorists.

“What the movie really, the story really, became about for me was this issue of accountability in our society,” he said. “What was chilling to all of us as while we were making the film, you see the same sh*t happening over again right now in our government where we’re trying to figure out if we’re here to hold each other accountable for what we do. And for me that really became the point of this movie.”