Continue to Deadline SKIP AD
You will be redirected back to your article in seconds
Skip to main content
October 30, 2019 10:20am
1Comments 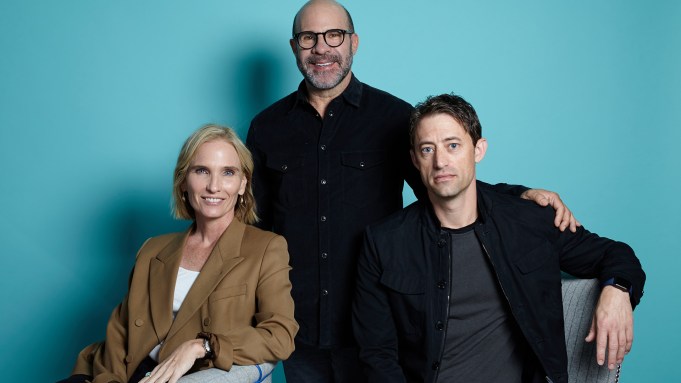 Debuting at the Sundance Film Festival in January, the second feature film by writer and producer Scott Z. Burns brings a stellar cast headed by Adam Driver. Driver stars as FBI agent Daniel J. Jones, a U.S. Senate investigator who questioned the CIA’s use of psychological torture on suspected terrorists after the 9/11 attacks.

Appearing at Deadline’s annual The Contenders London event this month, Burns revealed that the inspiration for the film came from a magazine article. “I became aware of the CIA’s enhanced interrogation program around the same time that most people in the States did,” he said, “and then I found an article in Vanity Fair about the two psychologists who are featured in the movie.

“Both my parents are psychologists, so I grew up with an interest in that particular line of work, and I couldn’t believe that someone would weaponize psychology, and use it as a way of hurting people, or thinking that you could extract information from people by hurting them. So, I started doing some research on that, and originally I thought it would be a dark comedy, something like what Mike Nichols did with Catch-22.”

While Burns was researching the story, an edited version of Jones’ still-classified report came out in December 2014. “I started using it as source material to research what went on,” he said, “and try and track the trajectory of these psychologists, and it brought me into contact with Dan. So, I would call him, and call him, and call him, and ask questions, and eventually we went out and had a long talk about it, and I realized that telling the story of this guy, trying to tell the story, was something that the world needed to see.”

Jones and producer Jennifer Fox also joined the discussion at Amazon’s portion of the Contenders event at the Ham Yard hotel. The film hits theaters November 15.

To find out more about The Report and Jones’ involvement, check out the video above.