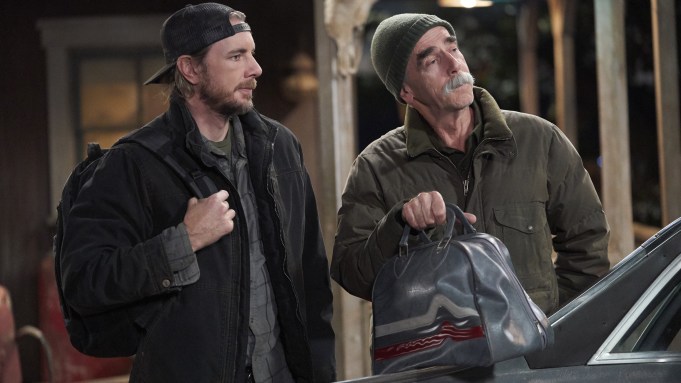 The 20-episode, two-part final season of Netflix’s The Ranch kicks off next month, and now we have our first trailer for what’s being bill as Part 7 of the comedy starring Ashton Kutcher, Sam Elliott, Debra Winger and Elisha Cuthbert. Check it out above and see some first-look photos below.

The final season sees Colt Bennett (Kutcher) struggling to make ends meet and reconciling with his estranged wife Abby (Cuthbert) and daughter while his father Beau (Elliott) adjusts to semi-retirement and the complications of aging. Meanwhile, Luke (guest star Dax Shepard) returns to Denver seeking forgiveness from the only family he’s got.

Part 7 starts streaming September 13 on Netflix, with the final 10 episodes — Part 8 — launching in 2020. Here are those new stills from the upcoming first half of the last season: