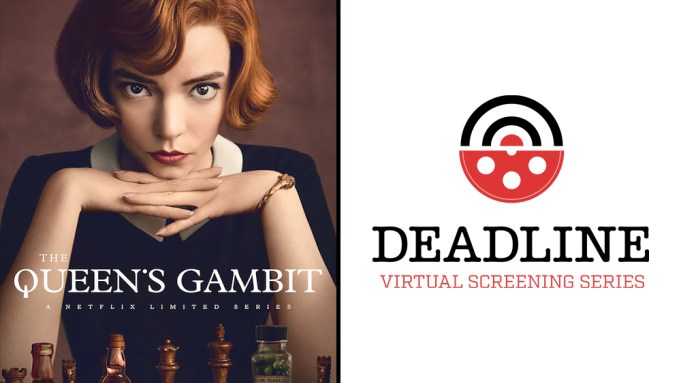 “It’s extraordinary, but it’s particularly extraordinary because we all made this as our passion project,” says The Queen’s Gambit star Anya Taylor-Joy of the huge reaction to the Netflix limited series.

“We were all so invested in it, but you know you pitch that this is a show about a teenage drug addict and you think people will connect with it, but maybe not on the reinvigorated the game of chess around the world kind of level,” the actress who plays chess prodigy Elizabeth Harmon adds.

A true global sensation since its October 23 launch and one of my Top 10 shows of 2020, The Queen’s Gambit follows a young Beth abandoned to a Kentucky orphanage in the late 1950s, who discovers as she grows that she possesses an astonishing talent for chess while battling addiction and the struggles that come with victory and the true gift of genius.

You can see some of our conversation in the video above.

“I think their relationship is more than their differences,” notes Ingram of Beth and Jolene as the latter becomes protector to the former across the dividing lines of the segregated South. “I think they’re bonded in so many ways for where they come from,” she says in the video above. “I think that is part of the beauty of it.”

Based on Walter Tevis’ 1983 novel of the same name, The Queen’s Gambit the seven-episode TV series was created by Logan screenwriter Scott Frank and Allan Scott.