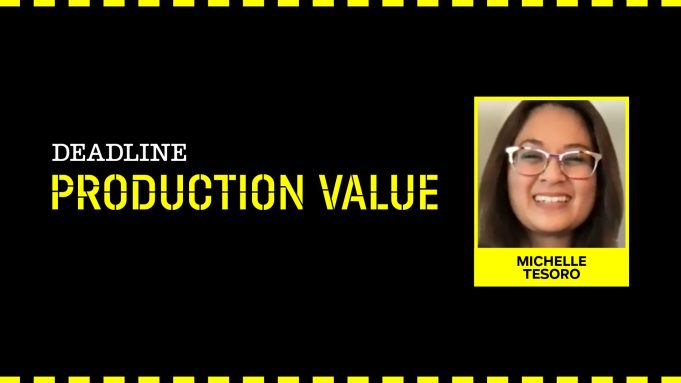 For editor Michelle Tesoro, the greatest challenge of The Queen’s Gambit was trying to figure out how to turn a game of chess into a cinematic event.

“How do we make it exciting? How do we make people understand it?” Tesoro says in the latest installment of Deadline’s Production Value video series. “And how [do] you make [the series] more meaningful than being a plain sports movie?”

The coming-of-age drama based on Walter Tevis’ 1983 novel of the same name tells the story of Beth Harmon (Anya Taylor-Joy), an orphaned prodigy who rises to the top of the chess world in the 1960s, while dealing with drug and alcohol dependency.

Tesoro came to the project after working with co-creator Scott Frank on Netflix’s Western miniseries Godless and the FX pilot Hoke, speaking with him early on about pace and a central theme (“the cost of genius”).

Tesoro prepared to cut Frank’s latest Netflix series by joining him for a “chess summit,” which took place over the course of four days in Berlin. There, she visited key locations and saw the show’s numerous chess games laid out, coming to understand the evolution in props, which would represent “the evolution of [Beth’s] chess playing” over time. She also met with chess consultant Bruce Pandolfini and cinematographer Steven Meisler, watching as the DP worked with Frank to map out coverage.

“Seeing all these things, and seeing all these drawings, and spending time with Scott and Meisler as they were creating their shot lists, my mind started going as to, Oh, what are the sound elements that we could possibly use? What are inserts that would be great to have? What are cool ways to look at the board?” the editor recalls. “Just to have something tactile in your hands gets your brain going, and then seeing what their conversations were…I felt like I was on the same page from day one.”

While the Berlin summit was helpful, in terms of getting key creatives dialed in to the world of chess, the key breakthrough for Frank in determining how to cut chess scenes came to him on set.

“I remember getting the call saying, ‘Hey, I know we shot this and that, but I’m realizing that I want to be on faces more, and do the drama more, because it’s not about [the game itself],'” Tesoro recalls being told. “‘So, just keep that in mind when you’re choosing your shots. Be very choosy about when we go to the board.'”

One highlight of Tesoro’s experience on The Queen’s Gambit was being able to work with its stellar performances. “It’s like working with really fine paints and clay,” she says. “There’s nothing wrong with it, and if there is, it’s easy to scrape away because you know that what you need is there.”

Another was the show’s “spectacular” writing, and her collaboration with Frank. “He cares about my opinion, and I think that to be embraced that way is a craftsperson’s dream,” she says, “because you feel like you can fully realize your passion, your creativity with somebody when they recognize it, and when they recognize it as something valuable to them.”

Tesoro earned her first Emmy nomination, as well as her first ACE Eddie Award, with her work on The Queen’s Gambit. As she explains on Production Value, there were signs early on in life of the career she’d go on to cultivate. “I remember having one conversation with my mother in the car. I was 6 and she asked me what I wanted to be when I grew up,” the editor shares. “My mother’s a nurse and I said, ‘Oh, I want to be an artist,’ and she goes, ‘Ugh, no.’”

While Tesoro had multiple creative outlets at an early age—drawing, painting and playing multiple musical instruments—she’s also the rare editor to have started experimenting with the craft as a child. “I had my own little version of a tape-to-tape, where I would record Tom and Jerry and edit things,” she explains. “I was cutting things and recording, or just playing it back for myself to slow it down, to look at how Tom was chasing Jerry, and how they got to the point where Jerry was going to go into the hole.”

Tesoro first learned about the craft and profession of editing while attending a high school summer program at Columbia College Chicago. She began her career in New York City, as a DVD and promo editor at ABKCO Music & Records, before moving out to Los Angeles in the early 2000s.

There, she attended a three-day workshop put on by ACE, which ended up being “the beginning of everything,” giving her the contacts she needed to begin climbing the rungs in post-production.

In the years since, she’s also worked on such acclaimed TV series as Fringe, In Treatment, House of Cards, The Newsroom and When They See Us, along with films including On the Basis of Sex and Sean Penn’s Flag Day, which premiered at this year’s Cannes Film Festival.

For Tesoro, two of the most interesting aspects of working as an editor are the interesting working relationships that come with the job, and “the constant challenge of how to tell this new story, whatever it is.

“I just love the puzzle of it,” she says, “and there’s always a puzzle to solve.”

Check out our conversation with the Emmy nominee above.