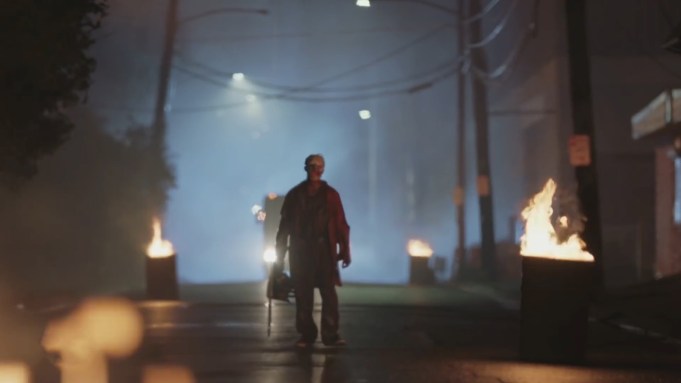 September 4 sees the debut of Kurt Sutter’s Mayans M.C. on FX as well USA Network’s small-screen version of The Purge film franchise. I say head over to the Sons of Anarchy spinoff.

For one thing (and though they are different shows in many ways), there is more originality and engaging storytelling in one spark plug of Mayans M.C. than all of The Purge TV series, and I’m a fan of the movies. Secondly, premiering on USA and fellow NBCUniversal channel Syfy, the 10-episode The Purge from franchise creator James DeMonaco, Blumhouse Television and Universal Cable Production is one of the worst executed shows of the year so far, as I say in my video review above.

Almost making CBS All Access’ lame One Dollar, which debuted today, look good, Purge has no imagination to handle the limitations cable presents when it comes to the ultra-violence that characterizes the four-movie franchise that launched in 2013 and most recently saw this year’s box office success of The First Purge. Instead of opening new avenues of what mayhem could occur during the annual ritual of a not-too-far-in-the-future America in which all crime is legal for 12 hours, the cumbersome multiple plots of the TV series go for endless and mind-numbing murder.

As I also say in my video review, I get trying to squeeze every last buck and drop of blood out of a nearly $500 million box office franchise — that’s the business of show business. But, with the exception of a few solid visual cues in the Anthony Hemingway-helmed pilot, what I don’t get is how the savvy likes of Jason Blum, Michael Bay and Brad Fuller could opt for such a gaping self-inflected wound as this.

Check out my video review of The Purge for more of why I think this effort should be purged. If you are planning some post-Labor Day viewing, however, take a gander at my review of Mayans M.C.