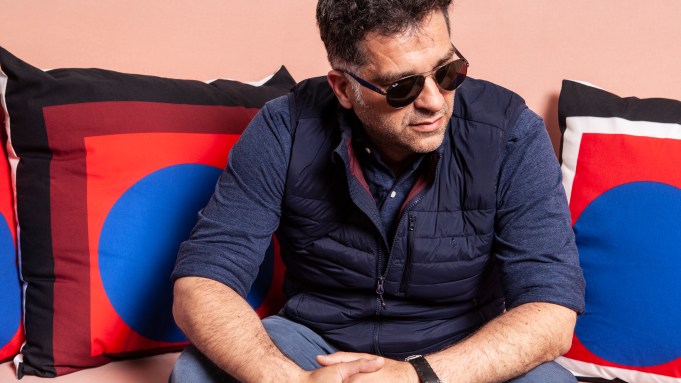 Oscar-winning No Man’s Land filmmaker Danis Tanovic is taking a break from telling stories that reflect his experiences having lived through a devastating war in his native Bosnia, turning to the adaptation of the James Patterson and Liza Marklund bestseller The Postcard Killings. In town to screen footage for buyers, Tanovic stopped by the Deadline Cannes Studio to reflect on his choices and this current departure.

In the video above, Tanovic tells us about shooting in English — though he’s no stranger to working in languages other than his own, having even made a movie in Urdu. “It’s funny, when you know what you’re shooting, when you know your screenplay and then you have actors, you can somehow see better the performance than when you speak the language because you’re not focused on the language, you’re focused on them.”

“Them” in the case of Postcard Killings includes Jeffrey Dean Morgan, Famke Janssen, Cush Jumbo and Dennis O’Hare. The crime story follows Jacob Kanon (Morgan), a hardened New York Detective in search of the person responsible for the murder of his only daughter. Across Europe, newlywed couples are being targeted in a string of bizarre homicides that leave the young victims’ bodies looking like copies of great works of art.

“It’s true that this is a little bit of a departure,” says Tanovic. “But funnily enough, if I didn’t live through war and everything I’ve lived, I think I’d be making films like this.”

Sticking with the genre, Tanovic’s next project is the English-language suspense drama Mediterranean Dreams.