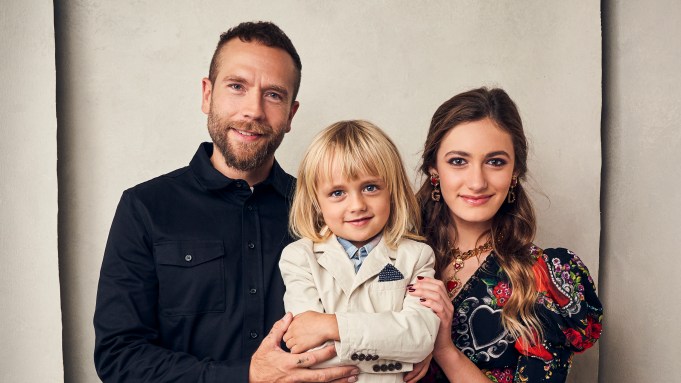 For seven or so years, Mark Webber has been refining a new mode of filmmaking he terms “reality cinema,” an approach to the form he took to new places with his latest feature, The Place of No Words.

Starring Webber, wife Teresa Palmer, his son Bodhi Palmer, and Nicole Elizabeth Berger, the film centers on a terminally ill father who comes to grips with his own mortality, as he’s forced to explain the situation to his three-year-old son. Through the power of the imagination, the man and his son are able to travel into a shared fantasy, and sit with what might be on the other side of life.

Marking his first experiment with “fantasy-reality cinema,” the film came following multiple projects in which the director cast his own family members, going after an authenticity new to the screen. First, there was 2012’s The End of Love, in which Webber starred opposite his two-year-old son, Isaac Love. Then came Flesh and Blood, a 2017 pic in which he starred opposite his real-life father, “who I hadn’t seen in a really long time, and who’s currently terminally ill.

“It just started having me reflect on his life, and my own life, and being a dad,” and what would happen if the events taking place in The Place of No Words were true, he told Deadline this past week, stopping into our Tribeca Studio with Berger and his son to discuss his newest work. “I’m always inspired by my children, too, so our stories that we tell each other, and [Bodhi’s] imagination kind of collided with me thinking about these big, existential things.”

Going through his early experiences with reality cinema proved essential to mounting what was perhaps his most ambitious work, not to mention the defining role they played for Webber, in finding his voice as a filmmaker. “I knew we could pull it off, and I know how to pull it off. Part of that is working with just about five folks who I’ve worked with consistently on all my films. It’s almost like we have telepathy,” Webber shared. “My DP knows where to be, and how to cover things, and it really allows us to just be in the moment, and explore what it’s like to put real vérité on screen, mixed with this written narrative thrust.”

For Berger, who starred opposite Webber in an upcoming film called Clover, it was all too easy to sign on to play a magical angel in The Place of No Words. “I jumped at the opportunity, and six weeks later, we were off to Snowdonia, Wales,” the actress recalled. “I especially love how Mark pushes past boundaries, and uses elements from his real life to try and develop a new type of filmmaking.”

To view our conversation with the director and stars of The Place of No Words, click above.