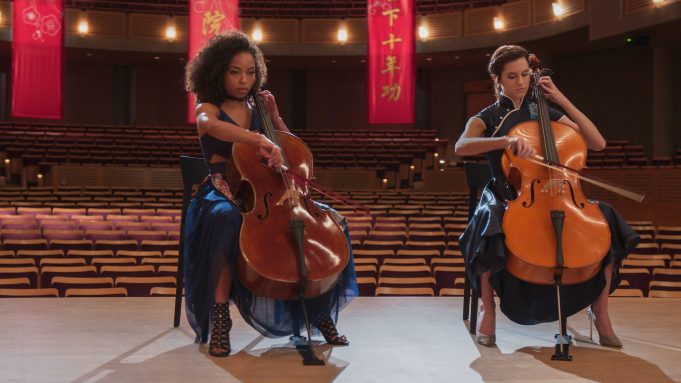 After making a bloody splash at last year’s Fantastic Fest, the first trailer for the Richard Shepard-directed The Perfection starring Allison Williams (Get Out) and Logan Browning (Dear White People) has dropped and it looks totally twisted, terrifying and wildly entertaining. The suspense-thriller will launch exclusively on Netflix May 24.

Written by Shephard, Eric C. Charmelo, Nicole Snyder, The Perfection is set in the world of classical musicians — and it’s as competitive as it is sickening. When troubled musical prodigy Charlotte (Williams) seeks out Elizabeth (Browning), the new star pupil of her former school, the encounter sends both musicians down a dark and disturbing path with shocking consequences. The film also stars Steven Weber and Alaina Huffman. Miramax CEO Bill Block produced with Shepard and Stacey Reiss.

The trailer plays out like an elevated bonkers art film intercut with literal sinister skin-crawling (literally) imagery. From blood splatters to Browning going mad to Williams’ all-too-familiar evil Get Out glare to chopping raw chicken and tomatoes it looks like a splendid blend of horror and elegance.