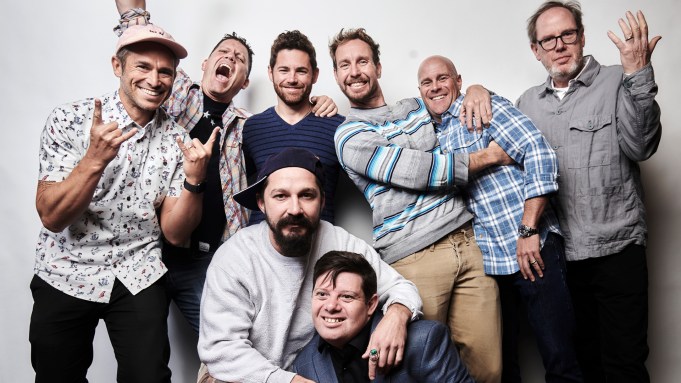 When it came to discussing the making of one of the year’s biggest sleeper prestige-film hits The Peanut Butter Falcon, writer-directors Tyler Nilson and Michael Schwartz, and star Shia LaBeouf couldn’t help but focus on Zack Gottsagen.

The young actor, who has Down syndrome, plays the centerpiece role of Zak, a restless youth who has been abandoned by his parents, and finds himself in a senior home because government agencies don’t quite know what to do with him. He escapes and meets Tyler (LaBeouf), himself a young troubled man who finds himself on the run from some pretty terrible guys whose crab traps he destroyed. Zak’s dream is to make it to a wrestling camp and find a way to fulfill his destiny as a wrestler. They bond during a perilous road trip.

During the film’s panel at Deadline’s recent The Contenders Los Angeles award-season event at the DGA Theater, the group discussed how the film was built around Gottsagen, and how much the young actor bonded with LaBeouf during the adventure of making the Roadside Attractions film.