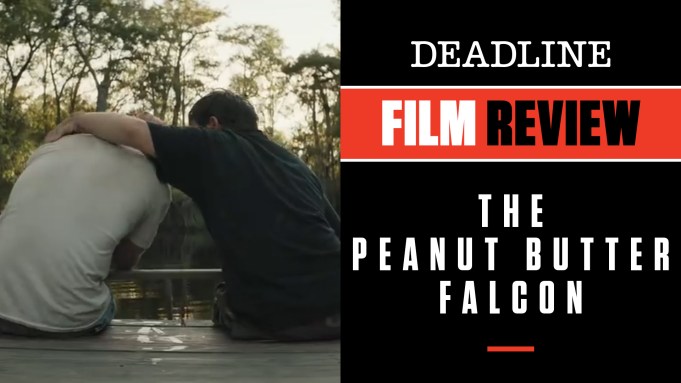 Writer-directors Michael Schwartz and Tyler Nilson were visiting a camp for disabled actors when they came upon Zack Gottsagen, a unique young man with Down syndrome who was determined to be an actor no matter what life has thrown in his way. Schwartz and Nilson left with the idea that they would write a movie in which Zack could star. The amazing thing is they actually did it — and got it made. On top of that, they cast a great group of name actors to appear with him, most notably Shia LaBeouf but also Dakota Johnson, John Hawkes, Thomas Haden Church and Bruce Dern among other top thesps.

It is nice to report that the movie they made is a terrific piece of Americana, set largely along the Delta’s flowing waters and featuring some highly memorable performances. Not the least of which is Gottsagen, who plays Zak, a guy born with Down syndrome who is determined to escape the nursing home he’s stuck in so that he can travel to meet his idol, a wrestler named the Salt Water Redneck (Church). Zak wants nothing more than to follow in his footsteps. So with the help of Dern (a nice brief appearance), he breaks out, clad only in jockey shorts and begins his quest.

Before you know it, Zak runs into Tyler (LaBeouf), a small-time outlaw on the lam who is traveling along the currents of the Delta. Tyler may resist at first, but soon he takes charge of this new fellow traveler, teaching him the simple stuff of life, like fishing, along the way. They even find God, sorta, as Zak gets baptized. Meanwhile, Eleanor (Johnson), the home’s employee in charge of keeping everyone in their proper place, freaks out when she sees Zak is missing and sets out to find him.

But once she does, Eleanor gets more than she bargained for, earning a life lesson for herself and a budding romance with Tyler. Eventually they all get to the goal and meet the Salt Water Redneck himself. But at first he isn’t at all what was advertised, echoing Dorothy’s journey to meet the Wizard of Oz. That is, until he gets a load of Zak and changes his tune. Stuff happens.

In a movie that feels straight out of a Mark Twain book, much like a modern-day Huckleberry Finn, this engaging little dance with our better side earns laughs and touches hearts as easily as the river flows. LaBeouf, who just keeps maturing as one of his generation’s best actors, fits this role like a glove, and he and Gottsagen play off each other like they have been performing together all their lives. LaBeouf has been saying in press interviews that the experience of making this movie has changed and mellowed him, which is exactly what it does to Tyler. Both are about as authentic as you can get. The supporting cast is equally fine, with Johnson never more appealing, and the Georgia locations are perfectly chosen.

Do you plan to see The Peanut Butter Falcon? Let us know what you think.