Continue to Deadline SKIP AD
You will be redirected back to your article in seconds
Skip to main content
May 21, 2020 11:00am 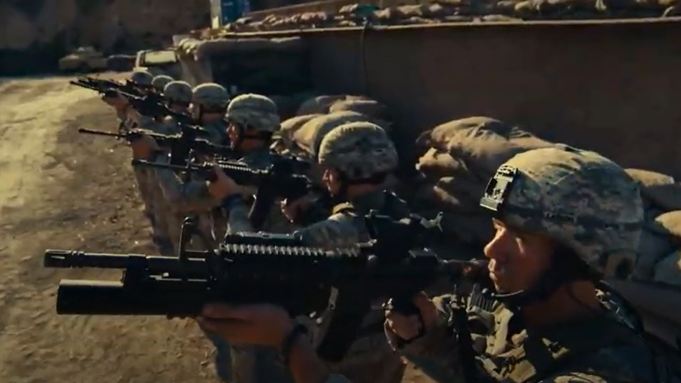 “Aren’t we supposed to be on top of the mountain to win this thing?”

Here is the first trailer for Afghan War thriller The Outpost, director Rod Lurie’s adaptation of the nonfiction bestseller by CNN host Jake Tapper. It follows a small unit of U.S. soldiers, alone at the remote Combat Outpost Keating, located deep in the valley of three mountains in Afghanistan, as they battle to defend their position against an overwhelming force of Taliban fighters in a coordinated attack.

The Battle of Kamdesh, as it was known, was the bloodiest American engagement of the Afghan War in 2009, and Bravo Troop 3-61 CAV became one of the most decorated units of the 19-year conflict.

The Fighter co-writers Paul Tamasy and Eric Johnson penned the script for the Millennium Media film, which was set to have its world premiere at South by Southwest Festival in March. Screen Media now will release the pic July 3 on demand and available theaters.