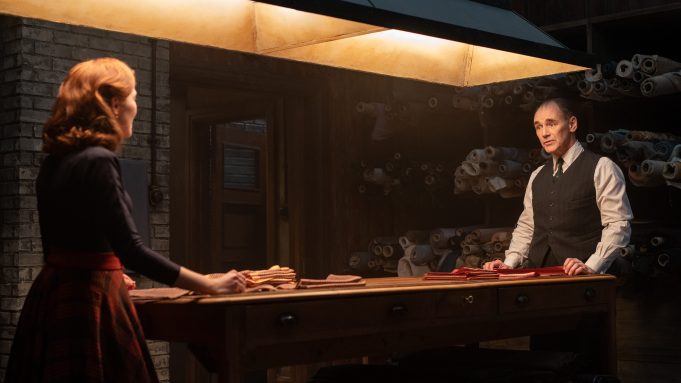 Focus Features today unveiled the first trailer for The Outfit, a crime thriller starring Academy Award winner Mark Rylance (Dunkirk, Bridge of Spies), which it will release in theaters on February 25, 2022.

The film directed by Oscar-winning screenwriter Graham Moore (The Imitation Game) follows Leonard (Rylance), an expert English tailor who used to craft suits on London’s world-famous Savile Row. But after a personal tragedy, he’s ended up in Chicago, operating a small tailor shop in a rough part of town where he makes beautiful clothes for the only people around who can afford them: a family of vicious gangsters.

We learn in the trailer that the film takes its name from a mob “network of every big time crew” from Santa Monica to Coney Island.

“It doesn’t terribly much matter where I am. I have me shears,” Rylance’s Leonard says. “This isn’t art. This is a craft. You cannot make something good until you understand the customer.”

Check out the trailer for The Outfit above.