Continue to Deadline SKIP AD
You will be redirected back to your article in seconds
Skip to main content
September 18, 2020 8:41am
1Comments 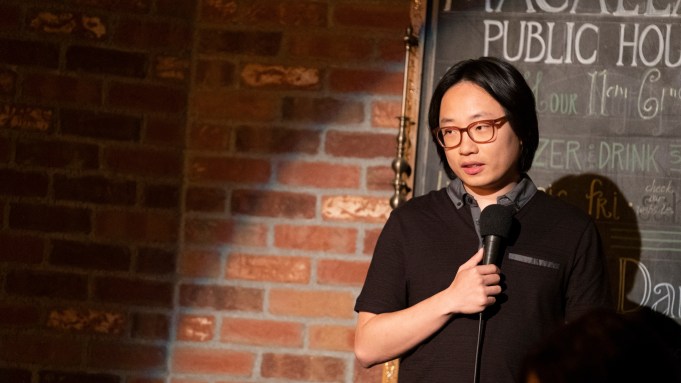 Have a look at The Opening Act, an RLJE Films-released comedy produced by Vince Vaughn and starring Jimmy O. Yang (Silicon Valley), Jermaine Fowler, Cedric the Entertainer and Ken Jeong.

Pic is written and directed by stand-up comedian Steve Byrne, and captures the audacity of bounding onto the stand up comedy stage, bombing horribly and summoning the courage to try again. Because the alternative is a boring 9-to-5 job.