‘America’s Most Wanted’ Returning To Fox With Elizabeth Vargas As Host
Read the full story
December 13, 2018 10:22am
1Comments 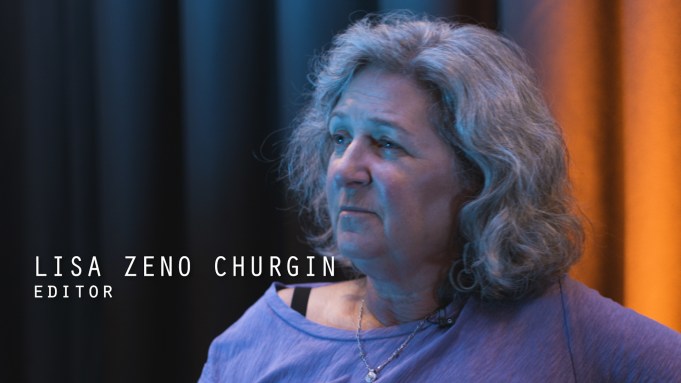 In an accomplished career, editor Lisa Zeno Churgin has cultivated a diverse filmography, putting her stamp on such enduring works as Reality Bites, Dead Man Walking, Gattaca and House of Sand and Fog. An Oscar nominee in 2000 for The Cider House Rules, Churgin has over the years forged relationships with such pedigreed directors as Lasse Hallström, Curtis Hanson and Adam Shankman, also working frequently with actor-directors, such as Tim Robbins, Diane Keaton and Ben Stiller. In 2016, when the editor took on the big-budget fantasy pic Pete’s Dragon—Disney’s reimagining of a 1997 classic—she forged yet another great creative partnership, with writer/director David Lowery, leading to her work this year on Fox Searchlight’s The Old Man & the Gun.

Starring Robert Redford—who is joined by a cast of all-stars including Sissy Spacek, Casey Affleck, Danny Glover and Tom Waits—Lowery’s latest is based on the true story of Forrest Tucker, an infamously charming career criminal who perfected the art of the bank robbery, and the prison escape. While Churgin had worked with a number of prominent actors over the years, honing their performances from her editing suite, Redford was the first “true, bona fide movie star” with whom she’d crossed paths, in both of her collaborations with Lowery. For the editor, the stars certainly seemed to align on Old Man—what could be better than working with an actor like Redford on what may be his last film, the perfect tribute to a storied screen career?

This week’s guest of the Production Value video series, Churgin admits that she never set out to be an editor. Looking to get her foot in the proverbial Hollywood door any way she could, she found that editing “was a career that sort of chose me.” Starting out as an assistant editor, Churgin took to the process “like a duck to water,” enjoying the meticulous process of organizing a film in post, and coming to realize that she “had very specific opinions” when it came to the cut.

A lover of movies, Churgin enjoyed “the process, the collaboration, finding [these] incredible moments.” The ultimate gift for any editor—Churgin included—comes in sitting with the raw materials, shaping a cinematic experience out of disparate images. It’s said that a film is written three times, that last rewrite being in the edit—and in this moment, Churgin is able to experience a film like few other people ever will, observing every single, beautiful moment captured before the camera.

“When you’re an editor and you get to sit one-on-one with the film, you become very intimate with it,” Churgin reflects. “I can’t even imagine what it’s like for a director to have to sit behind an editor, and try to get some of your ideas across.”

Benefitting from 30-plus years of experience and the joy she continues to find in her craft, Churgin still faces moments behind her computer that make her sweat. On Old Man & the Gun, the coffee shop scene between Redford and Spacek was one of those.

“I was nervous, starting that, because it’s a six-minute dialogue scene with three very distinct parts,” she explains, “the introduction, and then the flirting part, and then the telling of the story, and then he comes up with that magnificent smile at the end.”

To hear more from Churgin, as she discusses cutting Super 16 and working with Lowery (an editor in his own right), take a look above.