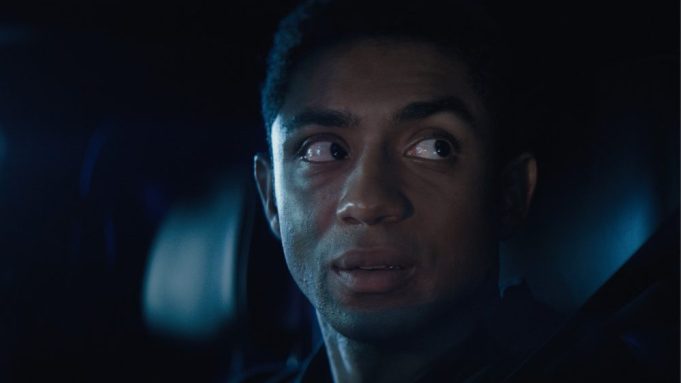 In the first trailer for The Obituary of Tunde Johnson we see Steven Silver (13 Reasons Why) as the titular Nigerian-American Tunde who lives a comfortable life — until he gets pulled over by the police and is killed in a racially motivated killing. The premise is an all-too-familiar situation that we are seeing way too much in headlines but for Tunde, he repeatedly lives the nightmare over and over again.

The drama, which made its world premiere in 2019 at the Toronto International Film Festival, is written by Nigerian-born Stanley Kalu (One Night in Compton) and helmed by Emmy-nominated director Ali LeRoi (The Chris Rock Show). Silver stars alongside Nicola Peltz (Transformers: Age of Extinction) and Spencer Neville (Ozark) as Soren O’Connor, as they are entangled in a love triangle. The film can be considered a coming-of-age dramatic thriller as it tackles hyper-relevant issues of racism, police brutality, LGBTQ acceptance, mental health and addiction.

The film opened the Austin Film Festival in 2019 and won the Audience Award for the best Debut Narrative Feature at Outfest. Wolfe Releasing will release the film in theaters and on demand on February 26.

Watch the trailer below and check out the poster below.