Exclusive Q&A With 'The Tragedy Of Macbeth's Frances McDormand & Joel Coen On Eve Of Pic's World Premiere
Read the full story
August 12, 2021 6:00am 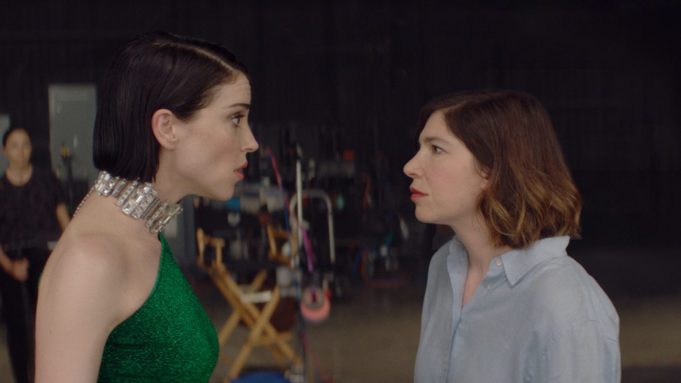 IFC Films has unveiled a new trailer for its psychological thriller The Nowhere Inn, starring Grammy winner Annie Clark (aka St. Vincent), Carrie Brownstein (Portlandia) and Dakota Johnson (Our Friend), which it is releasing in theaters, on digital and VOD on September 17.

In the metafictional feature, Clark and her close friend Brownstein set out to make a documentary about Clark’s music, touring life, and on-stage persona as St. Vincent. What begins as a straightforward glimpse into an artist’s life and career quickly morphs into something altogether different and strange, as filmmaker and subject discover forces lurking within them that threaten to derail their friendship, and their project.

Clark and Brownstein must ultimately try to wrestle the truth out of a complex subject before the hall of mirrors that is their artistic lives devours them completely.

Real-life friends Clark and Brownstein scripted the film, with Bill Benz (Portlandia, At Home With Amy Sedaris) directing in his feature debut.

Brownstein and Clark also produced alongside Lana Kim and Jett Steiger, with Clark providing music for the film.

The Nowhere Inn had its world premiere at the 2020 Sundance Film Festival.

Check out its official trailer above.