Charter To Phase Out Spectrum Originals Amid Rising Production Costs & Shifting Video Strategy
Read the full story
May 22, 2019 7:00am 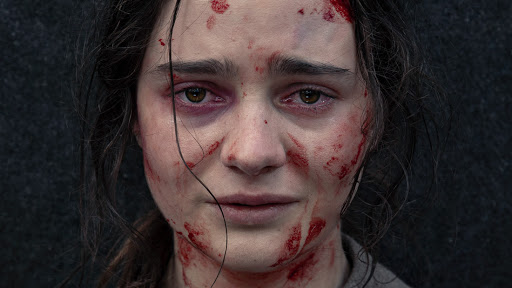 She’s only 21, but she’s seen enough to be capable of steely violence. Just hope it’s not you she looking for.

Here is the first trailer for The Nightingale, director Jennifer Kent’s follow-up to The Babadook that won a Special Jury Prize from its world premiere in Venice last year. The chiller explores the misogyny, racism, sexual violence and classism of the 1800s colonial Australia as well as the consequences of violence and the price of chasing revenge.

It follows Clare (Aisling Franciosi), an Irish convict who has served her sentence Down Under and is desperate to be free of her abusive master. But Lieutenant Hawkins (Sam Claflin) refuses to release her from his charge. Clare’s husband (Michael Sheasby) retaliates, and she becomes the victim of a harrowing crime at the hands of the lieutenant and his cronies. When British authorities fail to deliver justice, Clare decides to pursue Hawkins, who leaves his post suddenly to secure a captaincy up north.

She enlists the help of Billy (Baykali Ganambarr), a young Aboriginal tracker who grudgingly takes her through the rugged terrain as the locals and the colonizers engage in the Black War. Clare and Billy are hostile toward each other from the outset, both suffering their own traumas and mutual distrust, but as their journey leads them deeper into the wilderness, they must learn to find empathy while weighing the true cost of revenge.

The Nightengale opens August 2 via IFC Films, which acquired the film in January ahead of its Sundance screening. Check out the trailer above.