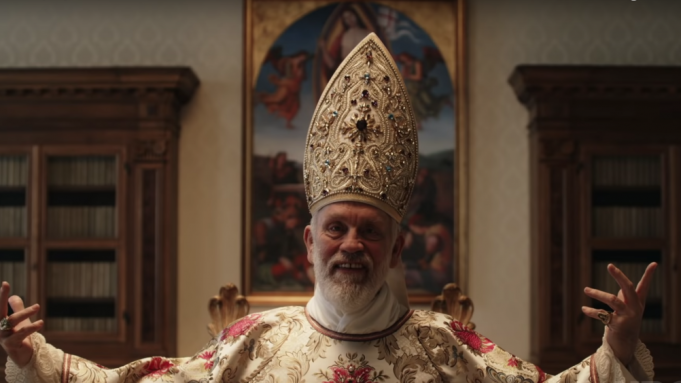 The new trailer for HBO’s The New Pope gives a peek at John Malkovich’s entry into the papal–verse which started in 2016 with Jude Law and The Young Pope. Not much is revealed about Malkovich’s mitre-wearing character but in an exchange with one of his religious colleagues, he says, “I’m irresponsible. I’m indolent. I’m pompous. I’m conceited.” His buddy answers, “Have you finished Holy Father?” to which Malkovich responds, “Is that not enough?”

Based on this new look at The New Pope, there’s something shady, arrogant and volatile about Malkovich’s character. Set to the tune of sensual Charlotte Adigéry’s “Paténipat” and with the previous teaser to the limited series featuring Law strutting around in a white Speedo, this leads us to believe that The New Pope is going to be sexy, modern and, based on Law’s Pope Pius XIII post-coma smirk at the end, very mischievous.

The New Pope, an original production of HBO-Sky-CANAL+, is produced by Lorenzo Mieli and Mario Gianani for Wildside and co-produced by Mediapro.