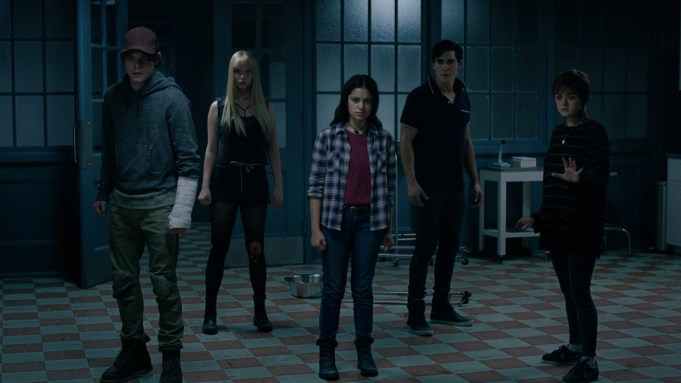 The first trailer for 20th Century Fox/Marvel’s The New Mutants came during CinemaCon in 2017, kicking off a long road for the comic adaptation for Josh Boone that has included several release dates, reshoots, the Disney regime change and even thoughts of putting the film on Hulu.

It seems the latest theatrical release date — April 3 — will stick, and the official trailer dropped Monday.

The X-Men spinoff moves outside the box of the more traditional Marvel fare, with Boone’s film written by Boone & Knate Lee billed as a horror thriller set in an isolated hospital where young mutants are being held for psychiatric monitoring. When strange occurrences begin to take place, both their new mutant abilities and their friendships will be tested as they battle to try and make it out alive.

It’s the first Fox/Marvel release since X-Men: Dark Phoenix, which launched in June. Directed by Kinberg, the dark tale of Jean Grey stumbled to an estimated $100 million-$120 million loss after ancillaries, which like New Mutants also included reshoots. It ended up grossing $252 million worldwide.

Check out The New Mutants trailer above.