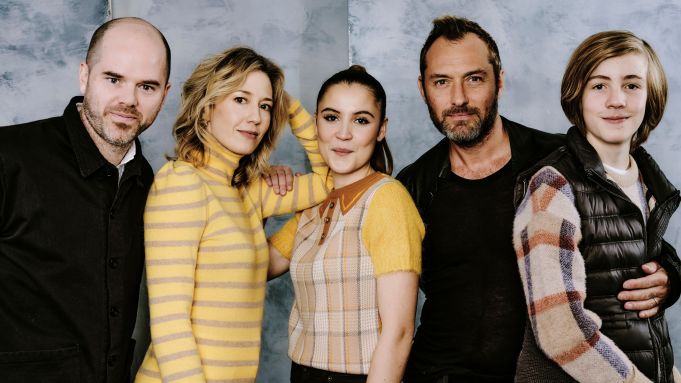 Set in the 1980s, the plot follows a family that relocates from the U.S. to the UK as the patriarch Rory, (Law) chases career opportunities. Rory rejoins his former firm and leases a centuries-old country manor, with grounds for Allison’s (Coon) horses and plans to build a stable. But the family buckles beneath an unaffordable lifestyle and increasing isolation as they head toward a seemingly inevitable breakdown.

“I moved a lot between England and the U.S. in my life in particular in childhood. I remember there being quite a stark difference at the time in the late eighties and early nineties,” said Durkin, speaking about the inspiration behind the film. “They were much more different countries at the time whereas of now, the transition between is much smoother. I thought that that sudden change to a family and that change of environment would be a great backdrop for the movie. So I started with that and within that, I got into exploring how a move like that affects a family at this particular moment in time.”

Durkin stopped by Deadline’s Sundance studio ahead of the film’s Park City premiere on Jan. 26. He was joined by stars Law, Coon, Shotwell, and Roche.