Continue to Deadline SKIP AD
You will be redirected back to your article in seconds
Skip to main content
November 18, 2021 9:30am 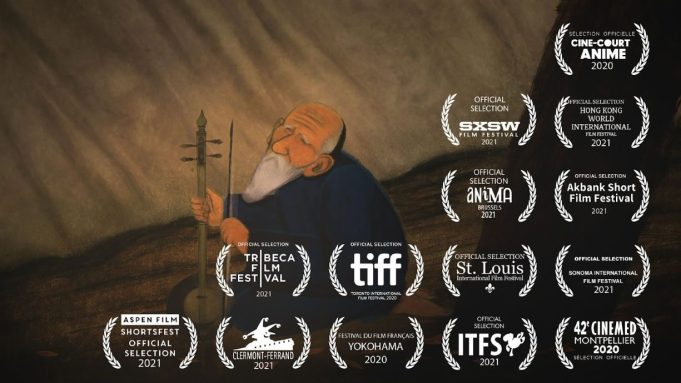 EXCLUSIVE: MTV Entertainment Studios has unveiled the first official trailer for Reza Riahi’s awards-contending animated short, The Musician (Navozande), also announcing that it will become available for streaming via Paramount+ on November 22.

The stop-motion short made of paper cut-outs centers on two young lovers in ancient Persia who are tragically separated during a vicious attack, only to meet again by chance in their old age.

Eleanor Coleman, Stéphanie Carreras and Philippe Pujo produced the pic, which features original music composed and performed by Saba Alizadeh. It won the Best Animated Short Film Award at Tribeca in June, and was also an official selection of other top-tier festivals including TIFF and SXSW.

Riahi is the writer and director of several award-winning animated shorts, including Entre Chien et Loup (Between Dogs and Wolves), which screened at numerous festivals around the world and was subsequently broadcast on ARTE in 2014. He also previously served as the artistic director for Nora Twomey’s Oscar-nominated film The Breadwinner, earning the European Animation Awards’ prize for Best Feature Film Character and Background Design for his work on that title back in 2018.

The artist grew up in Tehran, Iran and currently lives and works in Paris.

Check out the trailer for his latest short above.