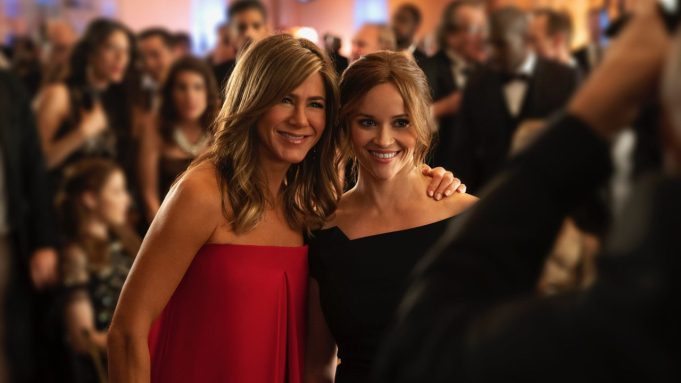 After last week’s teaser trailer for The Morning Show that featured voiceover dialogue and, well, not much else, Apple has released the first full trailer which gives us a full look at the drama starring Jennifer Aniston, Reese Witherspoon and Steve Carell. It is among the slew of high-profile series for SVOD service Apple TV Plus, set to launch in fall 2019.

In the new look at the series, it is pretty clear that it is a Matt Lauer-esque of art imitating life as we see Aniston’s character, a morning show host, address the firing of her co-host due to what seems to be sexual misconduct allegations. Thus opens a Pandora’s box of stories that will be woven throughout the series. This includes the rise of a new co-host (Witherspoon) as Aniston begins to breakdown…but at the end of the trailer, she seems to have a jolt of confidence and rises from the ashes. That said, The Morning Show is going to take us on a journey of the high-stakes world of morning news and the lives of the people who help America wake up in the morning.

The series is directed by Mimi Leder and written by Kerry Ehrin, who also serves as showrunner. The Morning Show is executive produced by Aniston and Kristin Hahn through Echo Films; Witherspoon and Lauren Levy Neustadter through Hello Sunshine; Michael Ellenberg through Media Res, the studio; Leder; and Ehrin.

Watch the full trailer of The Morning Show above.