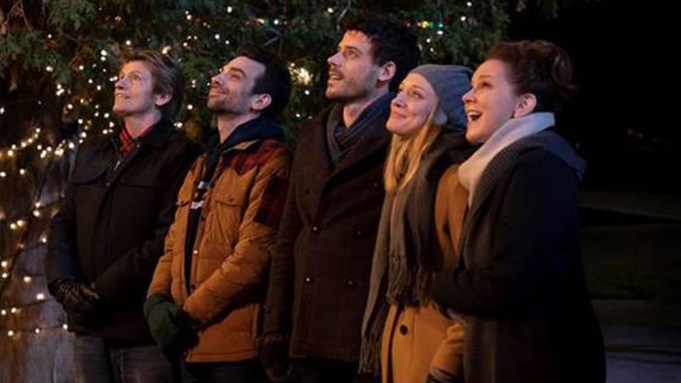 The adult kids just aren’t that into Christmas this year. So their dad sits them down, wags his finger and lays down the Claus: “You are putting up tinsel, and you’re gonna eat cookies — and you’re gonna do it all while acting really, really festive!”

Ho-ho-hope that gets the message across.

Written by comedy veterans Bob Fisher, Rob Greenberg and Tad Quill, The Moodys follows a tight-knit but slightly dysfunctional family of five, all of whom gather in their hometown of Chicago for the “perfect” holiday. From breakups to arrests to sharing one bathroom, each family member is packing his/her own eccentricities and hiding secrets from the others.

Fox has set an unusual rollout for the series, airing all six of its episodes within a week. The Moodys will premiere with back-to-back half-hours starting at 9 p.m. Wednesday, December 4. It then returns with two episodes each on Monday and Tuesday, December 9-10, in the same time slots.

So spike your eggnog, check out the promo above, and tell us what you think.