Continue to Deadline SKIP AD
You will be redirected back to your article in seconds
Skip to main content
March 31, 2021 6:16pm 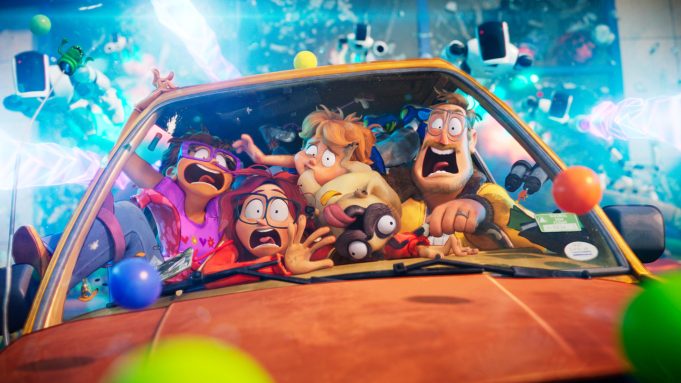 What could go wrong with a nice little family road trip? OK, what else could go wrong? If you answered either question with “robot apocalypse,” Netflix has a movie for you.

Here is the new trailer for The Mitchells vs. The Machines, about a quirky, dysfunctional but loving clan’s together time that becomes a battle to save the planet. And if these folks as the last hope for humankind, well maybe the inanimates have the upper metal hand.

As if AI wasn’t getting enough of a bad rap lately.

When Katie Mitchell (Abbi Jacobson), a creative outsider, is accepted into the film school of her dreams, her plans to meet “her people” at college are upended when her nature-loving dad Rick (Danny McBride) determines the whole family should drive Katie to school together and bond as a family one last time. Maya Rudolph voices the mom, and Michael Rianda is the kid brother.

Spider-man: Into the Spider-verse Oscar winners Christopher Miller and Phil Lord produced the pic along with Kurt Albrecht.

Sony Pictures sold worldwide rights to the toon feature to Netflix in January, after it had bounced around the release calendar during the pandemic. Its most recent date was October 23, before Sony undated it. Netflix will bow it as a streaming-only pic on April 30.