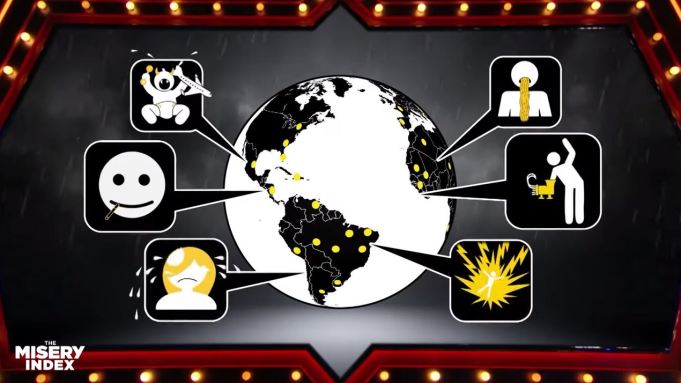 “We have scoured the globe for the world’s most miserable true stories, and all you have to do is tell us where it lands on the Misery Index.” And there you have the premise of TBS’ newest game show. Check out the first trailer for The Misery Index above — just don’t blame us if you get nightmares about “super-gonorrhea” or spiders shacked up your head.

Based on the card game Sh*t Happens, Misery Index features two teams — each consisting of one contestant and two Tenderloins. The squads compete against each other by attempting to determine the ranking of hilarious and miserable real-life events — from getting fired to accidentally sexting your grandfather — on a scale of 1-100.

During the Misery Index TCA panel in January, it was revealed that the show also will mine laughs and, likely, groans from such pleasantries as explosive diarrhea, botched amputation nostril leeches. But we won’t spoil all the fun for you — have a look at the trailer and see for yourself.