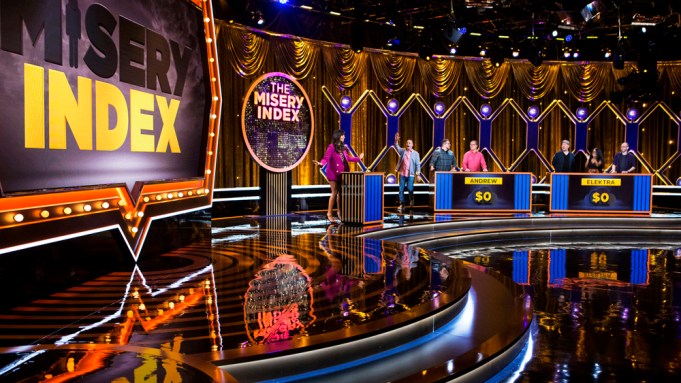 TBS has set Thursday, May 14, for the Season 2 premiere of its comedy game show The Misery Index. We’re also getting a look at the official trailer.

Hosted by Jameela Jamil with comedy group the Tenderloins as panelists, The Misery Index debuted in 2019 with strong ratings, reaching more than 38 million viewers across linear, VOD, and digital platforms.

Inspired by the card game Sh*t Happens, The Misery Index features teams competing against each other by attempting to rate hilarious and miserable real-life events based on the “misery index,” a ranking system created by a team of psychologists. This season will feature special themed episodes including dueling grandmothers, a visit from one of the Tenderloins’ family members and a showdown between motherlands.