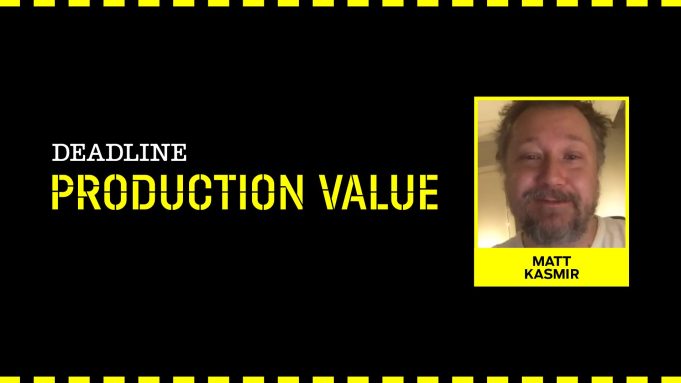 In recent years, visual effects supervisor Matt Kasmir has forged a strong creative partnership with two-time Oscar winner George Clooney, working with the actor as he got behind the camera on a trio of acclaimed projects.

Fostered on ’50s dark comedy Suburbicon and Hulu miniseries Catch-22, the relationship between Clooney and Kasmir is one based in mutual respect and trust. Benefiting each artist equally, the collaboration reached its apex recently, on Netflix sci-fi drama, The Midnight Sky.

But while Clooney’s trust in Kasmir was clearly well placed, it was not easily earned. “Visual effects now has a bit of a reputation in the industry of treading on filmmakers’ toes, getting in the way,” the VFX supe notes, in the latest installment of Deadline’s Production Value video series. “So, he’d had a bad experience, and as much as he found it interesting, working on films like Gravity, he very much distrusted VFX supervisors.”

The “filmmaking experience” Clooney craves, he says, is one where every aspect of the shoot is made to be as experiential as possible, for everyone involved. Kasmir’s methodology in cultivating this kind of on-set environment has changed over time, and on The Midnight Sky, several cutting-edge technologies played a role.

Clooney’s latest vehicle as an actor and director centers on Augustine, a terminally ill scientist who works alone in the Arctic, 30 years after a cataclysmic event has decimated Earth’s population. When the character learns that a team of astronauts is returning home from Jupiter, unaware of what has happened, he must race against the clock to warm them off.

To immerse the director and his cast in the film’s world—seamlessly integrating effects into the production process—Kasmir would eschew blue and green screen, in favor of tools like LED walls, and methods like virtual production. Most famously implemented on the set of Disney+ series The Mandalorian, virtual production came into The Midnight Sky, primarily in scenes aboard the Aether spacecraft.

“We were working closely with our production designer, Jim Bissell, and he could feed us sets, feed us the ship, very quickly,” Kasmir says. “Because some of his art directors were working in three-dimensional tools like Blender, they would send us these assets, and we would use [a] virtual camera system to put it into a virtual environment.”

For VFX supervisors Kasmir and Chris Lawrence, the “facial performance capture rig” known as Anyma—created by Disney and ILM—proved to be another key technology. This system entered the picture when Clooney learned that his co-star Felicity Jones was pregnant, meaning that she would not be able to do the wire work called for by her part.

“[Because] we had the option to use Anyma, we decided to go through the previs that we’d shot virtually, and work out who, in each shot, needed to be filmed for real,” Kasmir says, “or could go through this performance capture system.”

As with scenes on the Aether that were fleshed out virtually, shots achieved with Anyma were locked on set. “When we hit post, all of the big decisions had been made, which meant post was a lot quicker,” Kasmir says. “So, again, it was more advantageous and more of a filmmaking experience.”

While Kasmir helped shape a number of visually spectacular sequences by augmenting key sets—including the Arctic’s Barbeau Observatory and the alien planet K23—one of The Midnight Sky’s most complex moments unfolded aboard the Aether, with Jones’ character and others floating in zero gravity.

Bringing virtual production and facial capture technologies together, the sequence in question centers on Maya (Tiffany Boone), an astronaut who has been fatally injured out in space. When she returns to the ship’s interior, her colleagues can only look on helplessly as she slowly, but surely bleeds out. “George was very specific that this couldn’t be gory; it had to be beautiful. It had to be slow and very intimate, and I think Martin [Ruhe]’s photography was testament to this,” Kasmir says. “It was complex because not only is it beautiful, with the blood, but a lot of the faces are CG, and we had a continually rolling camera. So, just getting the camera to work subtly, without the audience being too aware of it [was a challenge].”

Designed as “sims” by Framestore’s Max Solomon, each of Maya’s slow-moving blood droplets was animated with specific intention and character. Achieving visual constrast amongst them was so important to Clooney that he even gave each their own name, like ‘Blobby One’ or ‘Blobby Two.’

“It became a ballet in space, and it was beautiful,” the VFX supervisor reflects. “It was a combination of effects and animation, just working seamlessly.”

Growing up with filmmakers in his family, Kasmir knew at an early age that he was destined for entertainment. “Straight away, I knew it beat working for a living,” he says.

What he didn’t know was exactly where in the industry he would land. Interestingly, as he got his career started in the late ’80s, Kasmir gave serious thought to pursuing stunt work. “I just wanted to crash cars, set fire to things, jump off buildings. But back then, the stunts community was taken up by a few families,” he says, “and unless you were born into one of these families, it was very unusual to make it.”

With visual effects burgeoning in the U.K. throughout this time period, Kasmir eventually decided to try his hand at the craft. “That also coincided with the rave era, and I managed to combine the visuals from concerts and raves with my day job as a VFX designer,” he recalls. “So, it was an unusual entry into visual effects, which is why it didn’t really solidify until the early ’90s.”

While Kasmir never got to participate in explosive action as a stuntman, he has been able to create it in visual effects—and it’s precisely this prospect that keeps him excited about the work he’s doing. “I’ll never forget, I was watching an interview with Dario Argento, and he was asked why, in the end of—I think it was Demons—a helicopter crashes through the ceiling of the cinema. And he said, ‘Well, when I was a kid, I always wondered what it would look like to see a helicopter crashing through the ceiling of a cinema. So, I did,’” he recalls. “To me, there’s no better explanation. I just want to see what things look like when you blow them up.”

On Tuesday, when nine Oscar shortlists were unveiled, The Midnight Sky was one of 10 films to make the cut in the Visual Effects category. For more from our conversation with Kasmir about his work on the film, take a look at the video above.