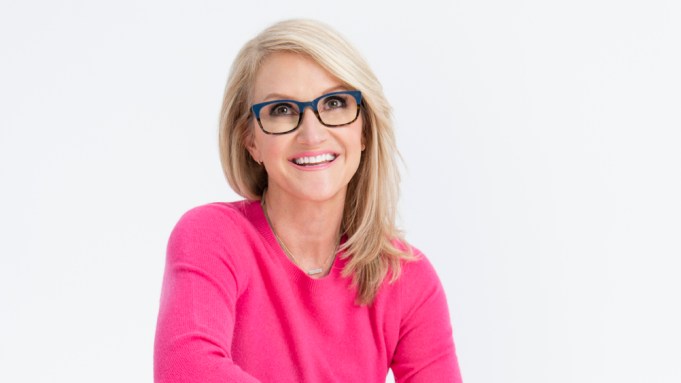 Sony Pictures Television released a first-look video of its new daytime talker, The Mel Robbins Show, debuting nationwide Monday, Sept. 16. “This is not just a show,” the motivational Robbins says in the clip, “it’s an experience.”

Packed with audience testimonials and the host’s advice (“You may feel broken, but you’re not broken”) the trailer begins with Robbins waking up and getting to the studio. Then the relating begins.

Promising a “distinctive brand of inspiration,” the one-hour talk show will offer viewers action plans “needed to get the lives they want and the futures they deserve.”

“People are struggling right now,” said Robbins in a statement. “This show was created to help and inspire people through the challenges of everyday life.”

Robbins is probably best known for her best-seller The 5 Second Rule, and, according to Sony, was the most booked female speaker in the world last year. She’s described as “a working mom from the Midwest with three kids” who “can relate to the everyday struggles of her audience. It was only 10 years ago that Mel was stuck in an unhappy place in life, often overcome by crippling anxiety. Mel has since completely transformed her life, and now she’s looking to share her advice with the world each afternoon.”

Take a look at the trailer above.