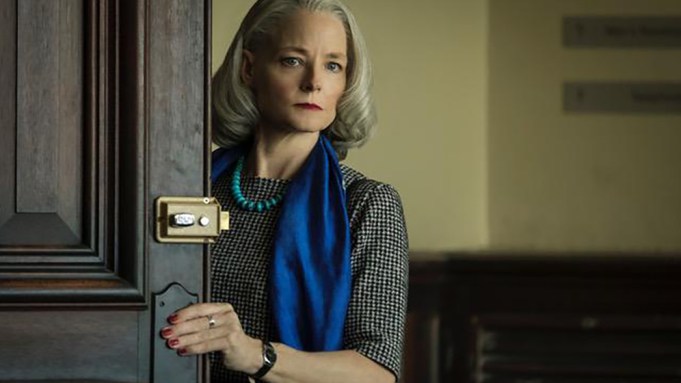 Nearly 20 years after the September 11 attacks, Kevin Macdonald’s The Mauritanian takes a deeper look into the legal aftermaths following the years-long trial of the once-accused Mohamedou Ould Slahi.

In the trailer for STXfilms title that dropped today, Jodie Foster’s Nancy Hollander attempts to do the difficult: legally defend and represent one of the men accused of facilitating the World Trade Center attacks. Joined by her associate Teri Duncan (Shailene Woodley), Hollander must endure federal skepticism to ensure a just decision and get her client out of the harsh conditions of the Guantanamo Bay detention camp.

“Since when did we start locking people up without a trial in this country?” Hollander asks in the trailer. Watch it above.

As if dealing with government higher-ups wasn’t hard enough, Hollander and Duncan face difficulty from military prosecutor Lt. Col. Stuart Couch (Benedict Cumberbatch), who hopes to avenge the deaths of his fellow military personnel killed in the 2001 terrorist attacks.

The trailer features clips of Hollander and Duncan meeting with Slahi (The Serpent‘s Tahar Rahim), sorting through thousands of pages of redacted case files and footage of how Slahi wound up in Guantanamo.

“All my time here I’ve been told you are guilty not for something I have done but because of suspicions and associations,” Slahi says. “I am innocent.”

But while the trailer teases tensions of the six-year legal case, it gives a glimpse at a major turning point that ultimately led to Slahi’s liberation in 2017.

“I’ve never been part of a conspiracy, but I’m starting to feel this is what its like to be outside of one,” Couch says.

The teaser comes to an end with Hollander presenting new information to the court: “My client, he’s not a suspect. He’s a witness.”

The Mauritanian premieres February 19 in theaters.