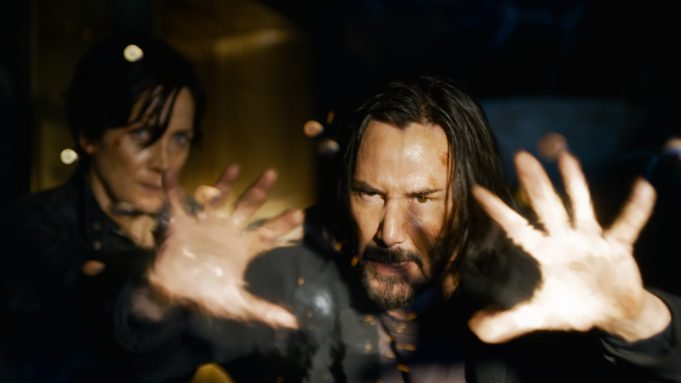 Warner Bros. Pictures today unveiled a new trailer for The Matrix Resurrections, the fourth film in the iconic sci-fi franchise, which is set for release in theaters and on HBO Max on December 22.

Resurrections comes 18 years after the release of sequels The Matrix Reloaded and The Matrix Revolutions, and 22 years after the franchise’s launch with The Matrix. It’s set 20 years after the events of Revolutions and finds Neo (Keanu Reeves) living a seemingly ordinary life as Thomas A. Anderson in San Francisco, where his therapist prescribes him blue pills. Neither he nor Trinity (Carrie-Anne Moss) recognize each other. Subsequently, however, Morpheus (Yahya Abdul-Mateen II, tackling the character originated by Laurence Fishburne) offers him the red pill and reopens his mind to the world of the Matrix.

“We can’t see it, but we’re all trapped inside these strange repeating loops. But this is the moment for you to show us what is real,” Morpheus tells Neo in the trailer. “They taught you good, made you believe their world was all you deserved, but some part of you knew that was a lie. Some part of you remembered what was real.”

Lana Wachowski directed The Matrix Resurrections from a script she penned with David Mitchell and Aleksandar Hemon. Jada Pinkett Smith will reprise her role as Niobe, with Christina Ricci, Jessica Henwick, Jonathan Groff, Priyanka Chopra Jonas and Neil Patrick Harris among new additions to the cast.

Check out the latest trailer for the sci-fi actioner above.