Continue to Deadline SKIP AD
You will be redirected back to your article in seconds
Skip to main content
August 14, 2019 1:00pm 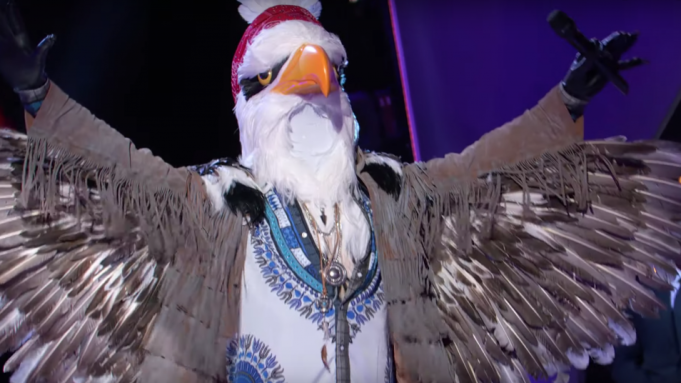 Fox has released a promo for the second season of their hit singing competition The Masked Singer and it has the judges going “Hmmmmm” as they try to guess who is behind the masks of these talented singers. That said, it’s only appropriate that the trailer feature the classic C+C Music Factory song, “Things That Make You Go Hmmm…”

The two-hour season premiere September 25 at 8 pm and the celebrity panel of Ken Jeong, Jenny McCarthy, Nicole Scherzinger and Robin Thicke are trying their hardest to figure out the identities of the masked singers. Based on the Korean format and hosted by Nick Cannon, The Masked Singer features celebrities facing off against one another with one major twist: each singer is shrouded from head to toe in an elaborate costume, complete with full face mask to conceal his or her identity. This year features singers like The Ice Cream, The Tree and The Rottweiler.

The Masked Singer has proved to be a juggernaut for Fox as it has delivered over 17.6 million multi-platform viewers and is the network’s most-watched unscripted debut in 11 years. Last season, the final three contestants were the Bee, Peacock and the Monster which were revealed to be Gladys Knight, Donny Osmond and T-Pain respectively. In the end, T-Pain came out on top as the champion.