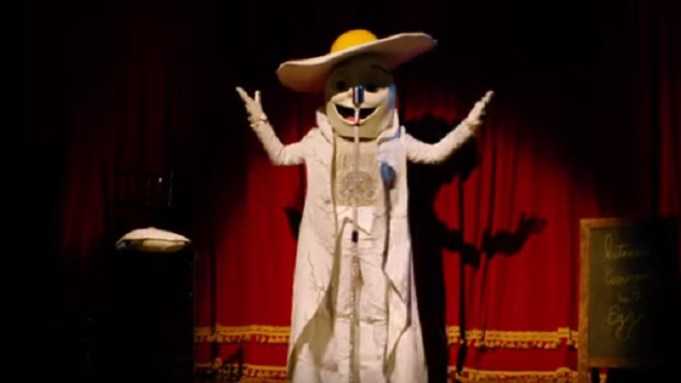 When The Masked Singer returns in the fall, the breakout Fox hit will feature 16 all-new celebrities, 16 all-new masks and some cool costumes.

Fox unveiled two new promos Tuesday. While they didn’t reveal who’s behind the masks, they did introduce the Egg, Leopard, Flamingo, Skeleton, and Eagle.

In January, Fox renewed the popular celebrity competition series for a second season. The Masked Singer was the season’s No. 1 new series and top unscripted show, drawing more than 17 million multi-platform viewers for its debut episode.

Based on a South Korean format, the show features celebs facing off against each other with one major twist: each singer is shrouded from head to toe in an elaborate costume, complete with full face mask to conceal his or her identity.

Panelists Ken Jeong, Jenny McCarthy, Nicole Scherzinger and Robin Thicke will all be back in the fall, playing detective alongside series host Nick Cannon.

The Masked Singer returns with a two-hour Season 2 premiere on Wednesday, Sept. 25 at 8/7c on FOX.