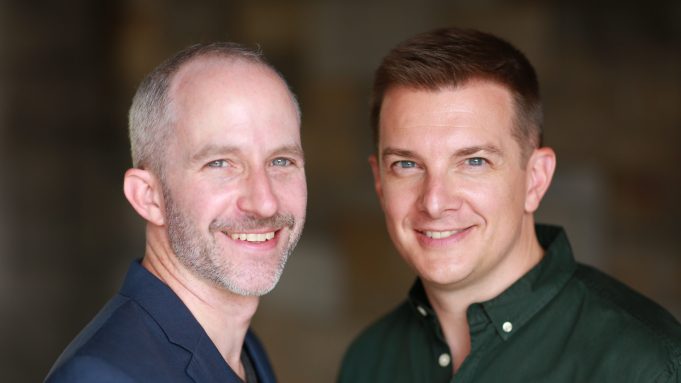 In its third season, The Marvelous Mrs. Maisel got its first set of original songs, courtesy of longtime writing partners Thomas Mizer and Curtis Moore.

As the collaborators explain in the exclusive video above, the tunes emerged as a natural byproduct of Season 3’s story, which sees burgeoning stand-up comic Midge Maisel (Rachel Brosnahan) going out on the road with pop sensation Shy Baldwin (Leroy McClain).

Initially, series creator Amy Sherman-Palladino and EP Dan Palladino reached out to the pair, asking them to write “a hit song for 1959,” Mizer says, “which was not daunting in the least.” Shortly thereafter, the request grew from one original song to two.

“One should be a Johnny Mathis-meets-Sam-Cooke type song for Shy Baldwin—definitely a Top 40 crossover hit—and then one should be for a three-girl group,” Mizer recalls of the mandate. “The girl group should be up-tempo, and Shy’s song should be a little slower, but still with a beat, not a full ballad.”

In the initial stages of their work on the Amazon comedy, Mizer and Moore thought in depth about the feel of the show’s world, turning to music supervisor Robin Urdang for perspective on the subject. “It’s intensely researched, as a show. Everything’s period perfect, but what we sort of honed in on was the fact that it’s kind of turned up to an 11,” Mizer says. “It’s perfect, but it has that Maisel sparkle—that twist of just a little more color—and we wanted to do the same thing with our songs.”

As musical theater veterans adjusting to the fast-paced world of TV, the pair also decided at this time to reframe their approach to the writing process. Rather than bringing the series’ creatives two fleshed-out songs out of the gate, they would first present 6 to 7 “songlets”—or partially finished songs—to pick from. Engaging in a constant back-and-forth across coasts—with Mizer in LA and Moore in New York—the former would write lyrical hooks, with the latter introducing melodies.

“We wanted to have bite-size nuggets of little bits of perfect, segmented, satisfying, hook-y experiences, and luckily for us, it’s true to the era, too,” Moore says. “In that time—1959 and 1960—a lot of those songs were crafted really, really tightly, and they’re just perfect hook machines.”

The decision to write in this fashion made added sense, given the fact that the songwriters initially worked without seeing a script. “When we got the assignment, we didn’t really know how much of the song they’d want to use,” Moore notes. “So, we want to make sure, when we’re writing the song, that we’re doing it in a way that gives the editors and the team as many options as we can give them.”

Throughout their time on The Marvelous Mrs. Maisel, the songwriters were given a great deal of creative freedom. “What [the Palladinos] were most concerned about, actually, were the tempos of the songs, and the rhythms, and certain hits in it, because they’re thinking about filming,” Mizer says. “They’re thinking about edits and the pacing of the show, which as you know, is very fast.”

Ultimately, Mizer and Moore were able to collaborate with the Mrs. Maisel team all the way through post. For the songwriters, the gratifying nature of this process is manifest most clearly, in discussion on Episode 1 track, “One Less Angel.”

Introducing Baldwin in his star-making moment—at a USO show that kicks off his tour—“One Less Angel” was written just four and a half weeks before its accompanying scene was shot. Coming to set to help with the filming of this scene—lip sync and all—Mizer and Moore were astonished, at one point, to see 800 uniformed extras singing along to the song they’d wrote.

“Through the day, the guys watching learned the song…It was such an incredible, thrilling moment,” Mizer says.

“Certainly, it was a really fun moment because we had spent all day listening to the song over, and over, and over again,” Moore adds. “So, by the end of the day, it was a hit for everyone in that room.”

Taking note of the energy on set, Sherman-Palladino decided to mix audio of the singing soldiers into the track, which only heightened the storytelling of the scene. “That definitely adds to the illusion that this song is a big radio hit,” Moore says, “because everyone’s singing along.”

While “One Less Angel” may be the season’s defining earworm, Mizer and Moore wrote five songs in total, including “No One Has to Know” and “Bottle of Pop.” For a look at the songwriters’ masterclass on ’60s pop songwriting, click on the video above.