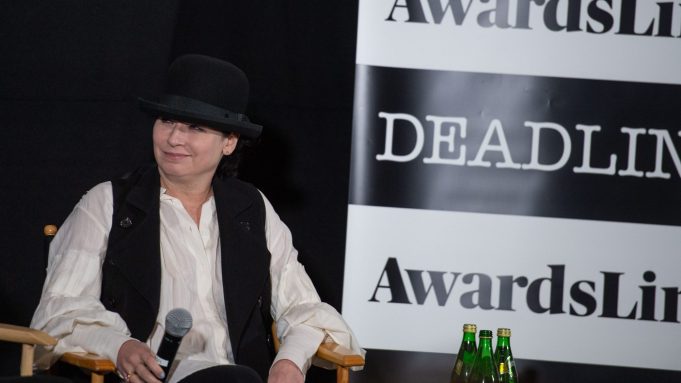 Last year, The Marvelous Mrs. Maisel creator and showrunner Amy Sherman-Palladino became the first woman in Emmy history to win awards for comedy writing and comedy directing in a single season, and she could very well add another directing trophy in 2019. Nominated for one of the four Season 2 episodes she directed – the finale, “All Alone” – Sherman-Palladino took a deep dive into the making of the episode following an Awardsline screening of the episode in New York.

The conversation ranged from the technical (like her penchant for long, single-take shots that help give Mrs. Maisel its wonderful sweep) to the personal (Sherman-Palladino found an unexpected connection to those terrific Catskills episodes).

As Deadline’s Broadway critic, I was delighted to hear Sherman-Palladino explain how classic stage musicals inform her approach to directing Mrs. Maisel, and how even the movement of background characters and extras is choreographed to complete the theatrical style of Amazon’s ’50s-set comedy-drama.

Nominated for 20 Emmy Awards, Mrs. Maisel‘s Season 2 saw Midge (Rachel Brosnahan) and so many others in this epically scoped period piece attempt to wrest control over their lives and their destinies, successfully or not, a theme captured beautifully and completely in “All Alone.”

The episode’s title, by the way, comes from the song Lenny Bruce (a spot-on Luke Kirby) sings on The Steve Allen Show (and yes, that actually happened), but it certainly applies as well to Midge Maisel’s life-changing decision made near the end of the episode. In the clip above, you’ll hear Sherman-Palladino explain exactly why she had Midge make that decision so quickly, and praise for her star for playing the moment in a way that would scare off actresses of lesser mettle.