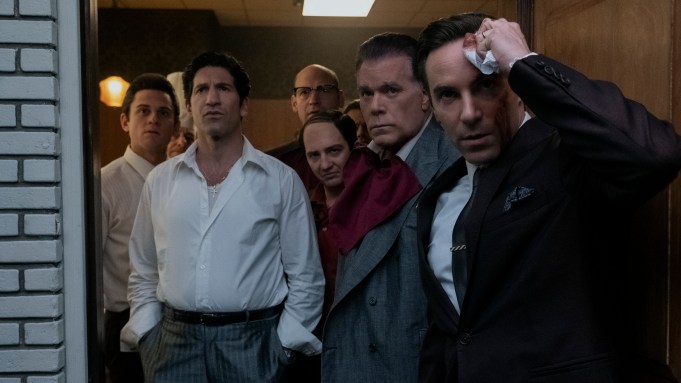 Warner Bros and New Line on Tuesday released the official trailer for The Many Saints of Newark, the prequel to HBO’s iconic mob drama The Sopranos. The studio just shifted the release date from September to October 1, 2021.

Alan Taylor directed the pic, which was produced and co-written by series creator David Chase.

The film, set in the era of the Newark riots in the 1960s, focuses on Dickie Moltisanti (Nivola), the father of Michael Imperioli’s original-series Christopher Moltisanti and a mentor to young Tony (Michael Gandolfini) as his own father, Johnny Boy, was grooming his son on a pathway to organized crime prominence.

Gandolfini is the son of the late Sopranos star James Gandolfini and is kicks off the trailer – along with a voice-over of his dad’s Tony Soprano.

Chase wrote the feature with Lawrence Konner, and both are producing with Nicole Lambert. Marcus Viscidi is executive producer.