Contenders Documentary: ‘Selena Gomez: My Mind and Me’ On Now; ‘Sidney’ Up Next - Watch The Livestream
Read the full story 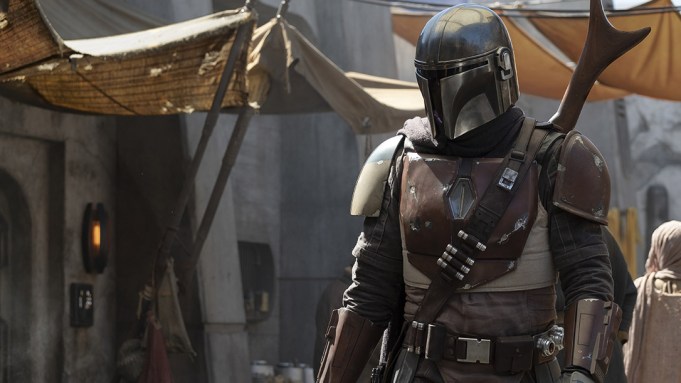 Disney on Friday at D23 unveiled the first official trailer for The Mandalorian, the Star Wars galaxy’s first live-action TV series and one of the marquee titles for Disney+, the streaming service that launches in November.

The footage confirms the concept of the series — from creative duo Jon Favreau and Dave Filoni, who are already working on Season 2 — as a gunslinger odyssey that evokes Old West tones with sci-fi trappings. Pedro Pascal stars as the bounty hunter and gunfighter and native of Mandalore, known in the Star Wars universe as the home planet of bounty hunter Boba Fett and Jango Fett.

The events depicted in the series are set after the events of 1983’s Return of the Jedi, which concluded with the death of Darth Vader on Endor. Gina Carano, Carl Weathers, Giancarlo Esposito, Emily Swallow, Omid Abtahi, Werner Herzog and Nick Nolte also star.

Check out the trailer above that premiered in the room at D23, Disney’s annual fan confab that is going on all weekend in Anaheim.