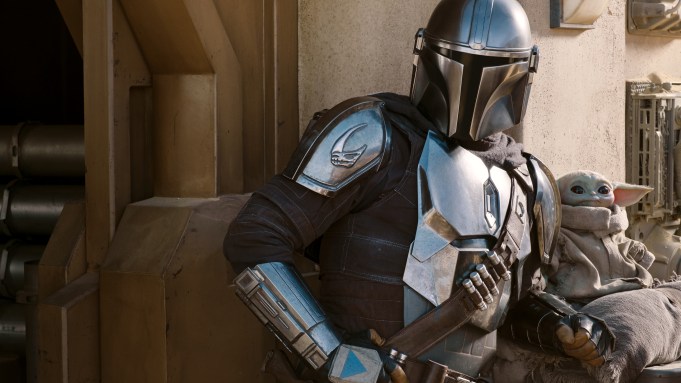 Disney+’s The Mandalorian got in the game during corporate cousin ESPN’s Monday Night Football broadcast tonight with a special look at the Star Wars series’ Season 2, which bows October 30.

The spot, which aired during halftime of the game between the Arizona Cardinals and the Dallas Cowboys, reveals a bit more detail of the plot for the new season, with The Mandalorian (Pedro Pascal) now seemingly on a mission to return The Child (aka Baby Yoda) “to his kind” while also searching out other Mandalorians who can help him.

“Wherever I go, he goes,” Mando says about his charge.

The upcoming season follows the successful Season 1 of the first live-action Star Wars spinoff series, which scored 15 Emmy nominations including for Outstanding Drama Series, and won seven. Shooting had already wrapped on the second season before the coronavirus-related production shutdown in mid-March. Work is already underway on Season 3.

The new season of the Lucasfilm-produced returns Pascal as The Mandalorian, aka Din Djarin, and The Child who continue to attempt to evade ruthless Imperial Remnant officer Moff Gideon (Giancarlo Esposito). Gina Carano and Carl Weathers also return from Season 1, with cast newcomers including Rosario Dawson (reportedly as Ahsoka Tano), Temuera Morrison as Boba Fett, Katee Sackhoff, Michael Biehn and Timothy Olyphant among others.