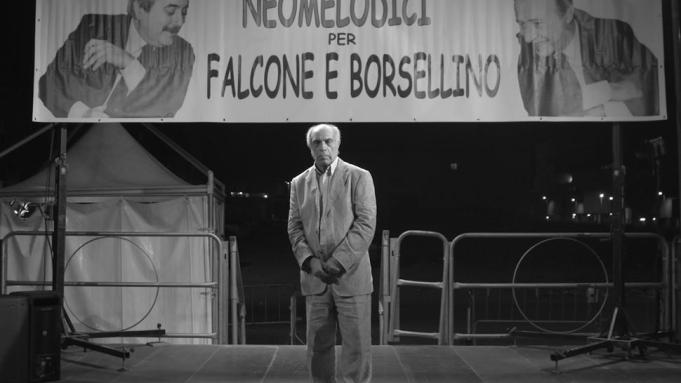 EXCLUSIVE: Here’s a first clip for Venice Film Festival Competition entry Mafia Is No Longer What It Used to Be (La Mafia Non E Piu Quella Di Una Volta), a look at contemporary Sicily and the mafia through a musical lens, with perspectives from mafia photographer Letizia Battaglia and Sicilian impresario Ciccio Mira.

In the clip, Battaglia tries to drum up local support (without much success) for a concert held in honor of judges Giovanni Falcone and Paolo Borsellino who were both killed by the mafia.

The film, which debuts today, is a follow up to Maresco’s well-received 2014 doc Belluscone which also played at Venice and won the David di Donatello for best documentary.

Maresco said of his new film, “I have to admit that it has not been at all easy, five years later, to go back to telling a story with Neomelodic singers and the Mafia in it again. I have the sensation, however, of having gone further than in the previous film. Into a territory in which the distinction between good and evil, between Mafia and anti-Mafia, has been erased and everything, now, has lapsed into a spectacle with no end and without any meaning.”