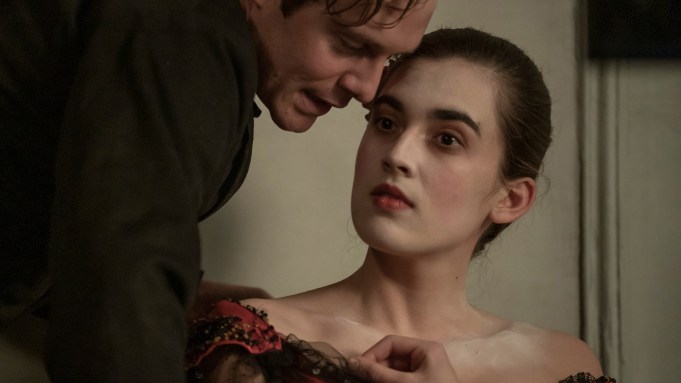 EXCLUSIVE: Here’s the first clip from The Mad Women’s Ball, the Mélanie Laurent-directed drama in which she also stars. The film is set to have its world premiere at Toronto before it debuts exclusively on Amazon Prime Video on September 17.

Laurent (Inglourious Basterds) stars with Lou de Laâge (The Innocents) and Benjamin Voisin (Summer of 85) in a story adapted from Victoria Mas’s novel of the same name. The film follows the independent and resolute Eugénie (Laâge), a young bourgeois woman who is admitted to the Salpêtrière mental hospital after her father discovers that she can see and hear spirits. Eugénie forms an alliance with the institution’s head nurse, Geneviève (Laurent) to plan her escape during the annual ball hosted by the Salpêtrière, at which the institutionalized women are paraded around for the spectating Parisian elite.

Laurent is the Cesar Award-winning director behind pics including Tomorrow and Breathe. She was recently on the main competition jury in Cannes alongside Spike Lee. Producers on The Mad Woman’s Ball are Axelle Boucaï and Alain Goldman.