Continue to Deadline SKIP AD
You will be redirected back to your article in seconds
Skip to main content
January 16, 2020 6:43am 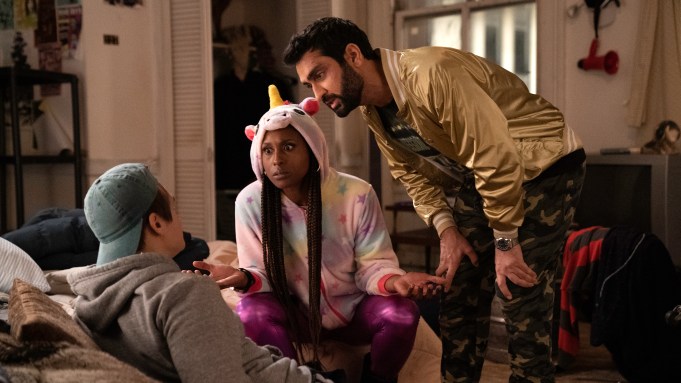 In The Lovebirds, Leilani (Rae) and Jibran (Nanjiani) become unintentionally embroiled in a murder mystery, and as their journey to clear their names takes them from one extreme circumstance to the next, they must figure out how they, and their relationship, can survive the night. Paul Sparks, Anna Camp and Kyle Bornheimer also star.

The pic from MRC Film, Quinn’s House and 3 Arts Entertainment hits theaters on April 3, having been moved from its original March 9 date last summer.