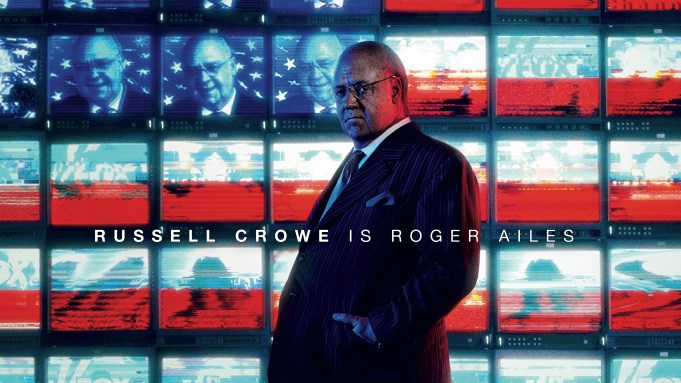 Television, says Russell Crowe’s Roger Ailes at the start of this trailer for Showtime’s upcoming The Loudest Voice, is “the most powerful force in the world.” The gripping footage that follows make a pretty convincing case.

A seven-episode limited series premiering June 30, The Loudest Voice, based on Gabriel Sherman’s bestselling book, chronicles Ailes’ final decade at Fox News, which saw him at the height of his power as (in Showtime’s words) the “Republican Party’s de facto leader.”

And, judging from the trailer, the series, like the book, won’t retreat from the depths, either. We see Aisles groping Fox News anchor Gretchen Carlson (Naomi Watts) – and later see her screaming, alone, in an elevator. “He berates me constantly,” she says at one point. “He’s a bully.”

Another memorable quote, this one from Crowe’s Ailes, about his plans for Fox News: “We’re going to give them a vision of the world, the way it really is, and they way they want it to be. If we can do that, they will never change the channel.” And this: “People don’t want to be informed, they want to feel informed.”

The Loudest Voice, says Showtime, focuses “primarily on the past decade in which Ailes arguably became the Republican Party’s de facto leader, while also touching on defining events in Ailes’ life, including his experiences with world leaders that gave birth to Ailes’ political career and the sexual harassment accusations and settlements that brought his Fox News reign to an end. The series aims to shed light on the psychology that drives the political process from the top down.”

Kari Skogland (The Handmaid’s Tale) directed multiple episodes, with the first episode written by Tom McCarthy (Spotlight) and Sherman. The project is a co-production from Showtime and Blumhouse Television. In addition to Crowe, McCarthy serves as executive producer with Alex Metcalf and Jason Blum, as well as Marci Wiseman and Jeremy Gold for Blumhouse Television, Liza Chasin of 3dot Productions, Kari Skogland and Padraic McKinley.

The Loudest Voice premieres Sunday, June 30 at 10/9c on Showtime. Check out the trailer above, and see the new poster below.