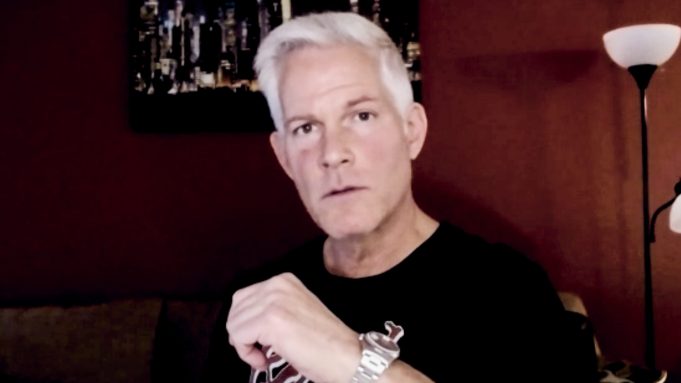 What would you do if you found out that everything you thought you knew about yourself was a lie?

In an appearance at Deadline’s virtual South by Southwest studio, in support of Ursula Macfarlane’s documentary, The Lost Sons, Paul Fronczak offered his thoughts on the matter, having lived through this traumatizing scenario.

“I’ve always lived my life [by the mottos], ‘Leave no stone unturned,’ and ‘You can’t live a lie,’” he said, in conversation with Macfarlane. “No matter what the cost is, it’s always better to know the truth than to think you know what it is, and live with the possibilities in your head.”

Produced by CNN Films, RAW, and Campfire, The Lost Sons begins with the abduction of a newborn from a Chicago hospital in 1964, then turning to the discovery of an abandoned toddler, 15 months later. Could this be the same baby? And if not, who exactly is Paul?

These are the questions that Fronczak looked to answer for himself over the course of many years, after having his sense of identity repeatedly snatched away in gobsmacking fashion.

Stemming from 2017 memoir The Foundling, which Fronczak penned with Alex Tresniowski, the film came to be made after Macfarlane was approached by RAW, the production company behind other stranger-than-fiction docs, like Three Identical Strangers. “They showed me a short tape they had made with Paul, and I just thought, ‘Oh my gosh, this is a story to end all stories.’ This is an incredible story, and it was still unfolding,” the director said. “I think that’s what was interesting for us.”

Fronczak found the medium of documentary to be “a perfect vessel” for his story, a huge platform that would likely aid him, in his quest after details from his past, and in reconnecting with relatives he never knew. In the process of making the doc, he would put the trauma he experienced throughout his life aside, as he doggedly pursued the missing puzzle pieces of his life. “When it’s happening, it’s like I’m just an investigator, investigating someone else’s life, and that’s how I deal with it,” he said, “because there’s extreme highs and extreme lows.”

From the moment Fronczak realized he didn’t know his true name, age or family history, he knew he would need to do a lot of work to build himself out, establishing for himself who he really is. “It’s a work in progress because I’ve learned so much about what makes me, me, and really, it’s going to help me, I think, moving forward,” he said. “Because when you have that part missing, it’s really hard to grow as a person, at least to be the fullest person that you can be.”

Of course, the film begs a number of questions. Has Fronczak forged any new connections with family members, or people from his past since making the film? Have there been major developments in his journey since then? “That’s a really great question,” he said with a smile. “Unfortunately, I’m not going to answer that right now. But that’s a great question.”

As far as takeaways from the film, Fronczak hopes that it will inspire others with doubts about their lives, or their true identities, to set off on their own journeys of self-discovery. “It might not be the best journey, but it’s going to be the best in the long run for you. Start knocking on doors and ask questions,” he said. “Find out everything you can, because we only have one life, and if you’re unsure about it, why not find out the truth?”

The Lost Sons premieres at SXSW today at 2 p.m. PT. For more from our conversation with Macfarlane and Fronczak, click on the video above.