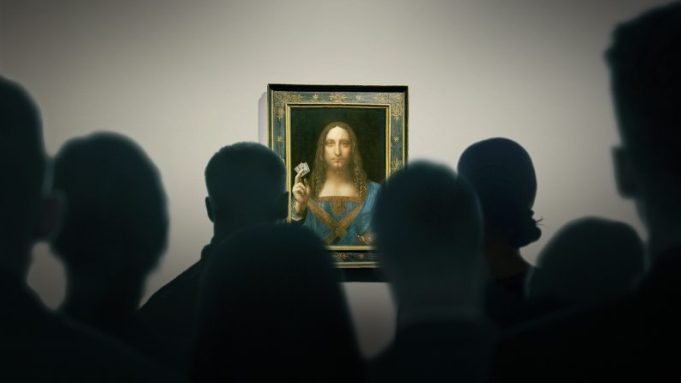 Mystery surrounds the Salvator Mundi, an artwork depicting Jesus as the savior of the world painted by Leonardo da Vinci.

The painting on wood panel, made over 500 years ago, once belonged to the British monarchs Charles II and James II. Then it went missing for centuries. In 2005 it purportedly surfaced at a New Orleans auction house where two “sleeper hunters”—art experts who specialize in finding masterworks others have overlooked—bought it for $1,100. But was it the real thing?

The Lost Leonardo, premiering today at the Tribeca Festival, tells the incredible story of how the Salvator Mundi changed hands in recent years, then was sold at auction in 2017 for $450 million, the highest price ever paid for a painting.

“We follow that journey step by step,” director Andreas Koefoed explained during an appearance in Deadline’s virtual Tribeca Studio. “[The Salvator Mundi] is in possession of Mohammed bin Salman, the crown prince of Saudi Arabia. And right now nobody knows where it is,” although there is speculation it may be coasting aboard the crown prince’s yacht.

Ever since the work’s sudden reappearance, the art world has been divided over the painting’s authenticity. In 2010-2011 the National Gallery in London possibly jumped the gun, displaying the Salvator Mundi in a popular exhibition as the genuine article. Almost everyone who has clapped eyes on the painting wants it to be real, the documentary suggests, for a variety of motives.

“That’s what the story is about, all these different people who get close to the painting and want to use it for their own purpose,” Koefoed declared. “The National Gallery in London, they are planning for a big exhibition and they desperately want to have a newly discovered Leonardo da Vinci because they know it will attract audience. So they are very positive in their approach to the painting and to the attribution.”

Mohammed bin Salman hasn’t exhibited the painting anywhere since he obtained it, but he may have big plans for a work that has been dubbed “the male Mona Lisa.”

“He’s probably going to show it in Saudi Arabia and attract tourists from all over the world,” the director theorized. “He is trying to promote Saudi Arabia as a more cultural nation and he kind of uses this cultural image also to maybe cover all the bad things that he’s doing, waging war, hitting down on dissidents and so on.”

The crown prince’s investment may already have paid off. Said Koefoed, “Some people say [it’s worth] even a billion dollars by now.”

The Lost Leonardo explores the way precious art has become cultural and political capital, as well as a convenient way for some billionaires to hide their wealth and for unsavory types to launder money. The film exposes how countless masterworks have been squirreled away in “freeports” around the world, shielded from scrutiny and taxation.

“A lot of the world’s most beautiful art is actually locked away in freeports because they are just used as investments,” Koefoed noted. “That’s pretty sad, I think. Art should belong to humanity, in a way, and should be accessible to see and to enjoy.”

The Deadline Studio is presented by Verimatrix. Click on the video above to watch the full conversation with director Andreas Koefoed.