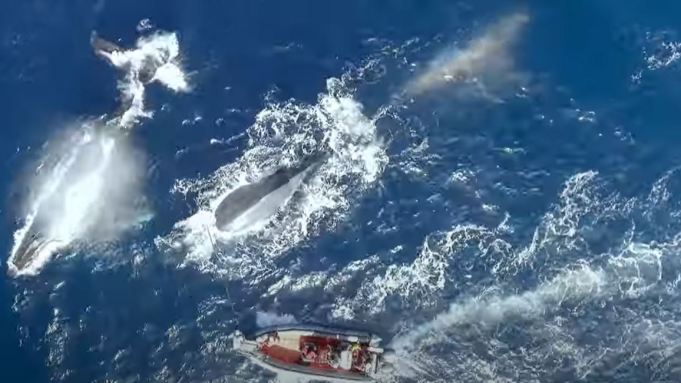 Bleecker Street has appropriately picked World Oceans Day to reveal its trailer for The Loneliest Whale: The Search For 52, the feature documentary that follows the quest for the famed “52 Hertz Whale,” which scientists believe has spent its entire life in solitude calling out at a frequency that is different from any other whale.

Written and directed by Joshua Zeman (Cropsey, Netflix’s The Son of Sam: Descent Into Darkness) and counting Leonardo DiCaprio, Jennifer Davisson and Adrian Grenier among its producers, the pic sails into theaters July 9, followed by a digital release the next week.

The 52 Hertz Whale was originally discovered in 1989 but has never been tracked down. It has become a bit of a cultural star, from pieces in the New York Times and Washington Post to songs referencing it from BTS and Amber Run. At its core, maybe that’s because 52’s plight allows us to ask questions about humans’ changing relationships with the oceans, and ourselves.