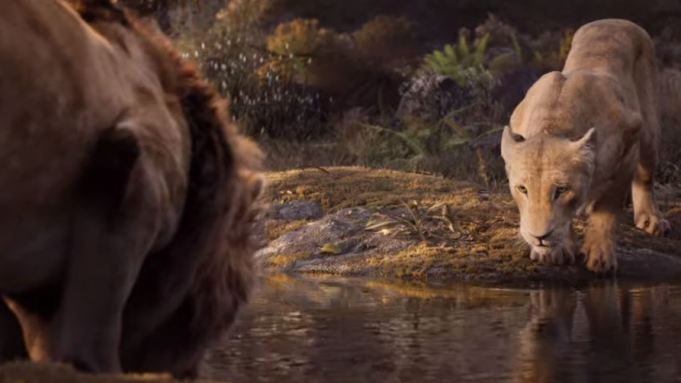 Disney showed off a bit of The Lion King today, unwrapping for fans a quick snippet of Beyoncé’ Knowles-Carter’s Nala in the live-action adaptation of the animated classic. Take a look above.

“Simba, you have to take your place as king,” Nala tells him. “Come home.”

The new ad also glimpses the new “live action” takes on such characters as Scar, Rafiki, Timon and Pumbaa, along with quick snippets of the fateful wildebeest stampede and climatic feline showdown.

Disney unleases The Lion King in theaters on July 19.