Continue to Deadline SKIP AD
You will be redirected back to your article in seconds
Skip to main content
April 13, 2022 8:00am 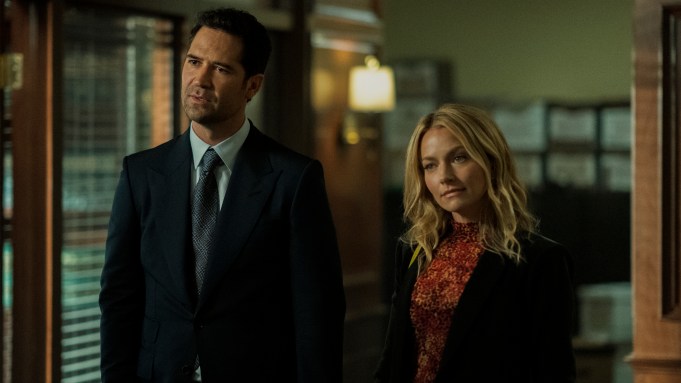 Manuel Garcia Rulfo becomes Mickey Haller in the first trailer from Netflix‘s The Lincoln Lawyer (above), ahead of the show’s May 13 premiere.

Based on the series of bestselling novels by Michael Connelly, The Lincoln Lawyer tells the story of Los Angeles-based attorney Mickey Haller, who runs his legal practice from the back of his Lincoln Town Car. Season 1 is based on the second book “The Brass Verdict.”

Throughout the show’s freshman season, Mickey is trying to find his footing again after spending time away from practicing law. He returns to Los Angeles where he finds himself dragged back into the business with a mystery to solve.

In the trailer, said mystery begins to unravel. His former colleague Jerry Vincent has left Mickey his legal practice, which includes the high-profile Trevor Elliott (Chris Gorham) murder trial. Elliott is accused of murdering his wife and her lover and it’s up to Mickey to prove his innocence.

And that’s not the only challenge Mickey is facing. He’s trying to put his family back together but his ex-wife Maggie (Neve Campbell) is hesitant and their daughter Hayley (Krista Warner) seems hopeful.

Oh, and Mickey’s second ex-wife Lorna (Becki Newton) is still in the picture though their relationship seems to be purely professional.