Next 'Homeland'? Gordon & Gansa Set 'Dinner At The Center Of The Earth' Pilot With Showtime And Sony TV
Read the full story
October 29, 2020 8:59am 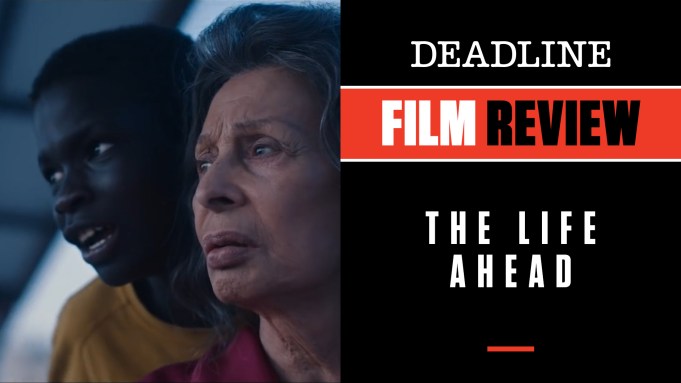 It has been 10 long years since Sophia Loren has appeared in a feature film, and that was a relatively small supporting role in Rob Marshall’s musical Nine. It has been much longer since she has had a leading role that could be compared to the numerous Italian-language classics for which she is so widely admired, not to mention a legendary career in Hollywood movies as well. Her new film, The Life Ahead, is a worthy new addition to a filmography that makes Loren one of the last great movie stars in a seven-decade span in front of the camera.

The Life Ahead is a film adaptation of Romain Gary’s 1975 book The Life Before Us, which previously was brought to the screen in 1977 in Madame Rosa starring Simone Signoret and was set in Paris and won that year’s Foreign Language Oscar. This version is quite different and, for my money, markedly more moving, closer to the likes of a Cinema Paradiso or the Italian neo-realism of Vittorio De Sica, a frequent director of Loren in such marvels as Marriage Italian Style, Yesterday Today & Tomorrow and her Oscar-winning role in 1961’s Two Women for which the star became the first ever to win an acting award in a foreign-language film. For this film she has reunited with her son Edoardo Ponti, who directed her in 2002’s Between Strangers as well as the 2014 short Human Voice. He clearly knows what she is capable of and elicits one of her finest performances, perhaps her best since co-starring opposite frequent screen partner Marcello Mastroianni in 1977’s A Special Day.

Ponti and his co-screenwriter Ugo Chiti have moved the setting to the Italian town of Bari, where Holocaust survivor Madame Rosa acts as babysitter for the children of friends with whom she used to walk the streets for a living. Now much older, this is how she lives. She meets her match when a Senegalese Muslim kid, Momo (Ibrahima Gueye), is caught stealing a couple of her candlesticks. This launches a tempestuous relationship between the pair as they both find they have much to learn about life from each other. Their interactions make up the bulk of the film, which has a lot to say about the plight of immigrants, the human condition, aging and love. It also offers a lot to relate to for contemporary audiences as Gary’s timeless story is brought to vivid life in a way it has not been before. The casting of Loren as the feisty Madame Rosa is, of course, a big reason, but so is changing the nationality of Momo and finding a new actor in Gueye who manages to steal scenes in addition to candlesticks.

Loren has excelled working in many different languages but obviously is most comfortable in Italian, bringing nuance to all her lines and settling into the world of Madame Rosa with seeming ease. That’s something only the greats can do, and she hasn’t lost a beat despite the years away from a movie set. Loren also is quite moving in scenes where she has to show some of the effects of a brain tumor including a rooftop sequence in the rain where she falls into a frightening trance. And she plays nicely off Gueye, a 14-year-old who matches her with a remarkable naturalness and instant appeal.

The supporting cast is no less fine with standouts including Renato Carpentieri as Dr. Coen, Babak Karimi as Mr. Hamil and a wondrous Abril Zamona as Rosa’s confidante Lola. The production values are splendid including a lovely Gabriel Yared score, and there is a great new song over the end credits called “Seen” (lo Si) with music and English lyrics by Diane Warren (Italian lyrics are by Niccolo Agliardi and Laura Pausini who also sings it).

Check out my video review above with scenes from the film. Do you plan to see The Life Ahead? Let us know what you think.