Continue to Deadline SKIP AD
You will be redirected back to your article in seconds
Skip to main content
August 28, 2019 7:56am
1Comments 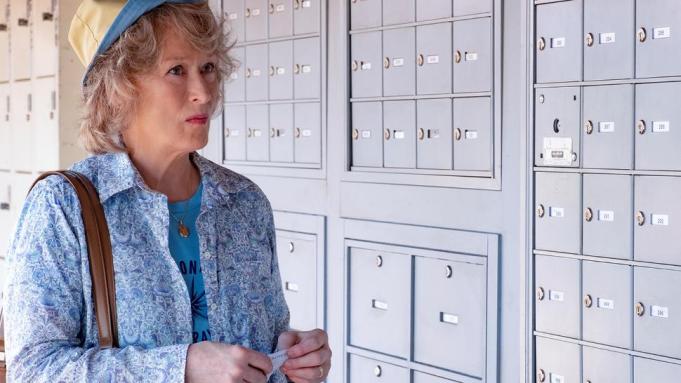 “Bad is such a big word for being such a small word.” So says Gary Oldman’s Jürgen Mossack in the first trailer for Netflix’s The Laundromat, the new Steven Soderbergh movie that is having its world premiere in competition at the Venice Film Festival which kicks off today. As Netflix revealed Tuesday, its awards-season play will hit theaters in the U.S. on September 27 before it hits streaming October 18.

Based on the true events surrounding the uncovering of the global Panama Papers scandal, the film shows Mossack and his legal partner Ramón Fonseca (Antonio Banderas) as experts in the seductive ways shell companies and offshore accounts help the rich and powerful prosper. They are about to show us that the predicament of one tourist, Ellen Martin (Meryl Streep) only hints at the tax evasion, bribery and other illicit absurdities that the super wealthy indulge in to support the world’s corrupt financial system.

The pic zips through comic detours in China, Mexico, Africa (via Los Angeles) and the Caribbean en route to Martin inadvertently stumbling on what became the 2016 publication of the Panama Papers — where journalists revealed the secret, leaked documents of Mossack Fonseca’s high-profile global patrons.

Soderbergh directs from the screenplay by Scott Z. Burns who adapted from the book Secrecy World by Pulitzer-winning investigative reporter Jake Bernstein.

Check out the trailer above for the pic, which premieres Sunday on the Lido.