The Film That Lit My Fuse: Emmys Host Cedric The Entertainer On The Transformative Power Of ‘Coming To America’
Read the full story
February 4, 2020 2:56pm 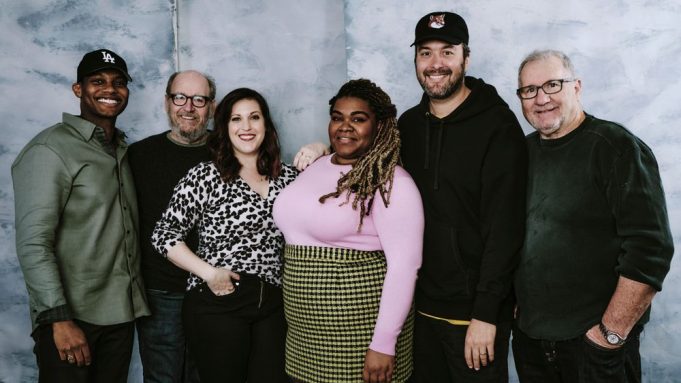 In Andrew Cohn’s The Last Shift, Oscar-nominated actor Richard Jenkins plays Stanley, a man who is working his last shift at his fast food job when things suddenly take an unexpected turn. For many of the cast, their resume includes some fast food experience.

“Worked at Fuddrucker’s for two weeks,” said Da’Vine Joy Randolph in the Deadline studio at Sundance.

“I made pizzas for three years,” Jenkins joined in.

“I’ve only ever been a very successful actor,” bragged Allison Tolman, which was met with a laugh from her fellow cast members.

Cohn, Jenkins, Randolph, Tolman were joined by Shane Paul McGhie and Ed O’Neill who all star in The Last Shift, which explores more than just the world of fast food.

“I have been doing documentaries for 10 years, telling stories of regular people,” said Cohn. I had the opportunity to write a script that explored race and class…I just wanted to try and explore some of these themes through comedy.”

In the film, Jenkins is training McGhie’s character on his last day. Randolph plays their boss and as she points out there are a lot of dynamics when it comes to race, gender, class and age between the three characters. She said that they wanted to be clear with what they were doing with this story. “I don’t want to play tropes and stereotypes,” she said.

“I met with the actors, we mostly talked about ourselves and where we came from and talked about our own perspectives,” said Cohn. “I think that comedy allows you to really explore some interesting themes in ways that it’s not so heavy-handed and there are ways that we can build nuance and subtleness.”